After a wild NBA season, it's only fitting we'd have an equally wild free agency period. We've already seen a bevy of players switch teams, whether in new signings or in sign-and-trade deals. Steph Curry and Chris Paul signed extensions that put them in rarified air, only for Kevin Durant to join the party right after winning a gold medal.

But among all these moves, there was one player who didn't fare as well as he hoped.

Back in March, The New York Times' Marc Stein shared that Dennis Schroder turned down a contract extension from the Los Angeles Lakers. The deal was worth about $80 million over four years; ESPN's Brian Windhorst said it could be worth even $84 million. 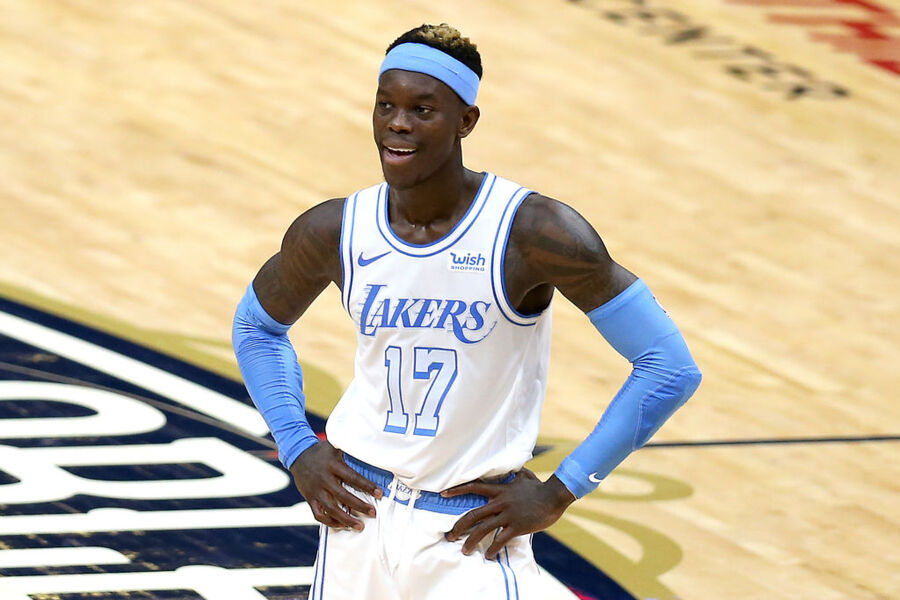 At the time, Schroder's largest contract had been a four-year, $70 million deal he signed with the Atlanta Hawks. He had ended up with the Oklahoma City Thunder after signing that deal. After the Lakers won the 2020 NBA championship, they traded for Schroder to try and bolster their shooting.

Instead, Schroder saw his points per game, field goal shooting, and three-point shooting all drop fairly significantly. He played even more poorly in the playoffs but still felt confident he could get a big deal in free agency.

There was just one problem: that never happened. And after teams made other moves, ESPN's Adrian Wojnarowski reported Schroder has agreed to sign with the Boston Celtics. His deal is worth $5.9 million, the taxpayer midlevel exception. Schroder was hoping to get at least the full $9.5 million midlevel exception, but that move would hard cap the Celtics, so they aren't doing it.

That means Schroder left $74 to $78 million on the table. It's perhaps the wildest example of betting on oneself backfiring — and Schroder is reportedly "in a state of shock," according to a league source.

Schroder is only 27 years old. It's possible he turns things around in Boston and finds himself a major deal next summer. But this year is one he'd like to forget.