What's It Like To Receive A $1 Million Paycheck In Your First Job Out Of College?

Life in the NFL may carry long-term effects like chronic pain, head injuries, and memory loss. The recently-retired Peyton Manning said during this past season that he could barely get his cleats off after games, and couldn't feel anything in his fingertips. There are definitely risks to playing, and sometimes you have to ask yourself if the risk outweighs the reward.

Of course, for many players, part of that reward is money. A lot of it.

One of those players is Donté Stallworth. The Tennessee product was taken as the 13th overall pick in the 2002 NFL Draft by the New Orleans Saints. As a first-round pick, his paycheck was quite hefty. In fact, he recently admitted to Vox that his very first check looked fake. After all, you only see "ONE MILLION DOLLARS" printed on those big novelty checks, right?

However, that money was all too real. And while it sounds awesome to be making so much money right out of college, remember, NFL rookies are… well, right out of college. They don't necessarily have the financial wherewithal to make smart decisions with their money, especially if they didn't have a lot of it growing up.

It doesn't help that these players constantly have friends and family asking them for money, too. It's hard to say no to someone you've known for most or all of your life.

Because of all these factors, nearly 80 percent of athletes face some kind of financial trouble within a few years of retiring. And about one in six will go bankrupt within 12 years after their retirement. 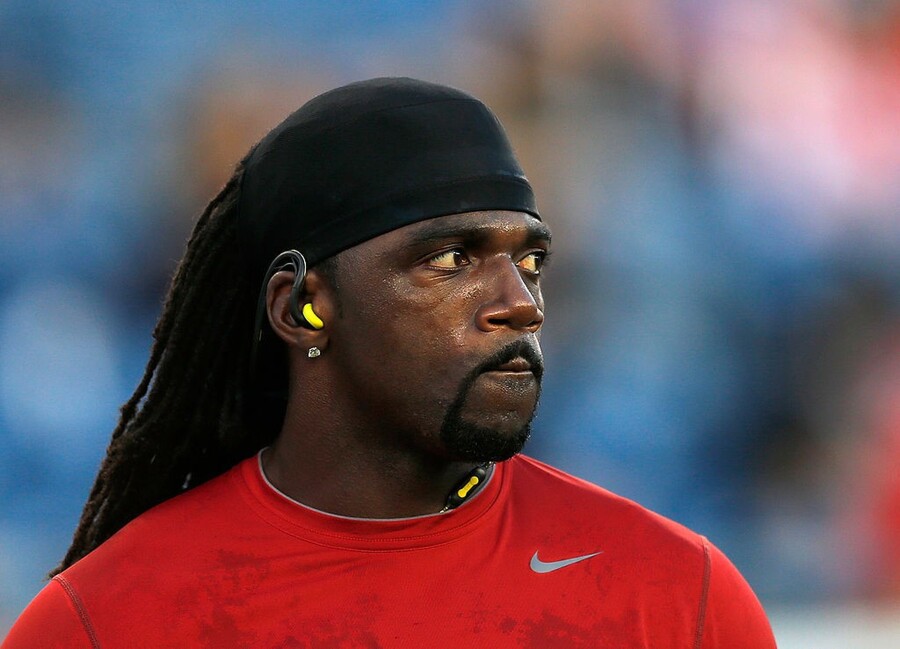 Stallworth, who's currently a journalist and football analyst, suggested that while he never believed these stories he heard while he was growing up, he soon realized that people will come from everywhere to try and nab some money.

Stallworth relayed how a distant relative had asked him for $50,000 like he was a friend, simply requesting to borrow $5:

"I had one relative who I hadn't spoken to — not one time — the entire time I was in college. Then once I got drafted, she asked me if she could have $50,000. This was before I even got any checks or anything. I remember thinking to myself, "A 'congratulations' first might be a better way to go about this."

Stallworth said that some guys feel like they absolutely have to share that money with those asking for it. They're the ones who go broke the quickest.

"I won't say that I felt obligated to do it. But I have literally millions of dollars in the bank, and somebody is asking me for $1,000. It doesn't seem that bad. Then $1,000 will turn into $5,000, or it will turn into more frequent requests. You automatically become that safety net."

While Stallworth did say the NFL does a decent job of preparing rookies for suddenly coming into contact with a lot of money, he believes the financial education can come even earlier.

"The NCAA should take more responsibility. They make hundreds of millions of dollars from college kids every year. There should be some better way to prepare these guys to be financially successful."