What Happens To A Player's Money If He Dies While Under Contract?

We saw a pretty fascinating event unfold earlier this NFL season. The Bills' Vontae Davis retired in the middle of the game, saying that he realized he "shouldn't be out there anymore." As far as we know, that's never happened before. Sure, players retire in the middle of a season, but during a game? That's unheard of.

It's something the NFL has to be prepared for, though – or at least needs to be able to react quickly. Retired players are one thing, but what about when professional sports gets a bit more morbid? What happens with a player's contract if he dies?

The short answer, of course, is that it depends. Each sport prepares for a tragedy in its own ways, and some have different policies based on the cause of death or other external factors.

In Major League Baseball, contracts are fully guaranteed, whether the player dies, suffers a career-ending injury, or is Bobby Bonilla. The Cardinals' Darryl Kile died of a heart condition in 2002 and his estate received the $8 million he was owed. 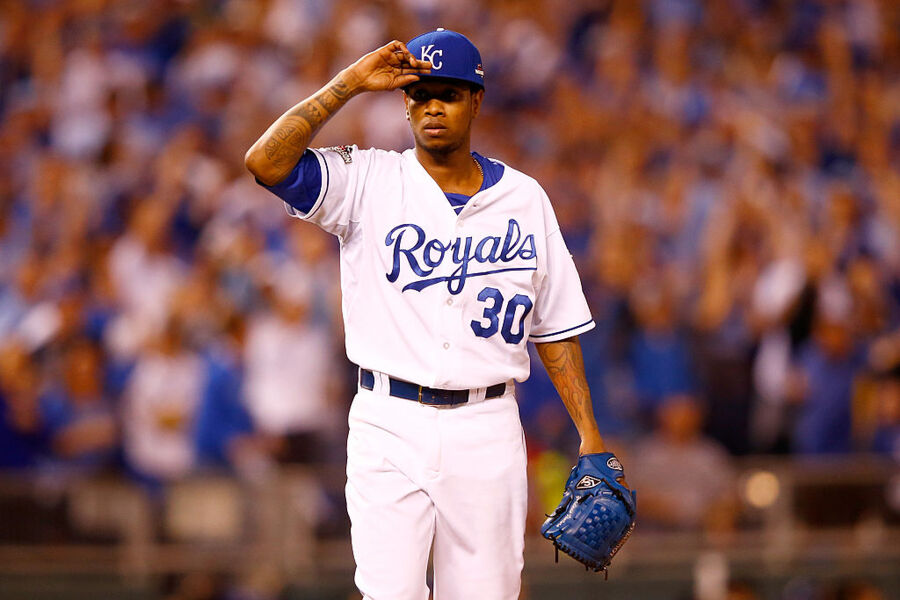 In recent years, though, teams are writing in contract details that would make the deals non-guaranteed based on player conduct. For example, if a player was operating a vehicle while drunk, or participating in potentially dangerous activities like surfing, mountain climbing or jai-alai, their contract could be voided.

When the Royals' Yordano Ventura died in January 2017, he was still owed about $20 million through the 2019 season. The money owed to Ventura would go to his estate, which includes his wife, three children, and possibly his mother.

MLB's Collective Bargaining Agreement makes it standard for each club to take out a life insurance policy on a player, with the team serving as the sole beneficiary. The policy pays 100 percent of the first $1 million of salary cap obligations and 75% of the remainder, up to $30 million. In Ventura's case, the Royals would only owe a bit over $4 million towards Ventura's contract.

The toxicology reports from Ventura's car crash were never released. If he was found to be under the influence, though, the Royals could have potentially voided his contract and owed no additional money.

Across all sports, life insurance will typically kick in and give some or all of the money to the player's estate; this is especially true in the NBA. When Bobby Phills was killed in a car crash in 2000, his contract worth $20 million was fully guaranteed and paid to his family.

The Heat's agreement with Bosh is a sign of how the times have changed for professional teams. In the summer of 1993, the Celtics' Reggie Lewis died with three years left on a five-year deal worth almost $15 million. All of the money went to Lewis's estate.

However, the Celtics could only spend $480,000 on a replacement for their former star. And his contract continued to count against the salary cap, effectively hamstringing the Celtics for years. The salary cap back then was just a shade over $15 million per year, and Lewis's contract accounted for about 20 percent of that.

In the NFL, a player's death is treated just like a release or trade. His salary ends and any bonuses that were paid to the player but not yet charged to the salary cap are brought forward as a charge against the cap. When the Redskins' Sean Taylor was killed in 2007, his signing bonus charges were counted on the team's 2008 salary cap book.

But the team was not liable for the remaining base salaries or upcoming workout bonuses on Taylor's contract. All of that remaining money equaled nearly $4 million. Instead, Taylor's family received a $600,000 insurance settlement.

When a player dies while under contract, it's a trying time for everyone. Families, friends, teammates, and organizations are all grieving. But just like in the world outside of sports, life must go on.