What Exactly Are The Rams Doing With Aaron Donald?

The Los Angeles Rams were one of the surprise teams in the NFL last year. In their first season in L.A., they won the NFC West with a surprising 11-5 record. Despite having a stud running back in Todd Gurley and an improving quarterback in Jared Goff, the defense was the machine that made the Rams go.

That's why it's been fascinating to watch this offseason unfold for the Rams. They seem to be doing everything they can to NOT pay their top defensive player.

Aaron Donald is the reigning Defensive Player of the Year. However, he's still on his rookie deal, which makes him the 38th highest-paid defensive lineman. Understandably, Donald wants a raise.

But the Rams haven't given him one, even though he's had four seasons ranging from productive to nearly unstoppable.

Donald made just $2 million last year, and will earn $6.9 million this year. He sat out until just a few days before training camp in 2017. He'll likely do the same this season – and maybe he'll sit out even longer. According to ESPN's Adam Schefter, Donald could hold out until a new deal comes along. 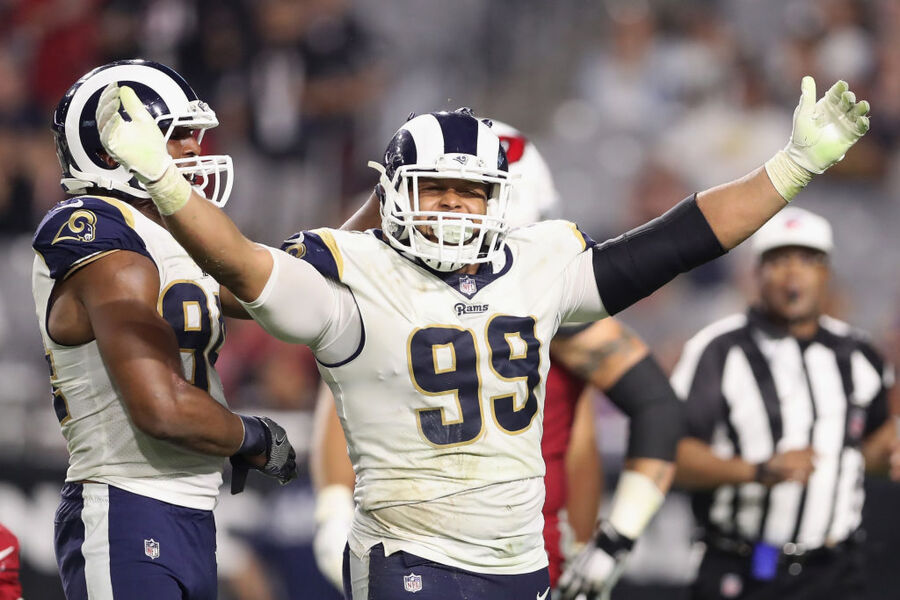 That would result in a LOT of fines. Donald would be fined $30,000 for every day he holds out, and would lose $405,000 per game he missed (including the preseason). The Rams first preseason game is on August 9. If Donald is still holding out by then, he'll have been fined more than half a million dollars.

When he held out last year, Donald accrued $1.4 million in fines. The Rams didn't actually make him pay the money, but who knows what they'll do this season?

The whole situation is even more confusing because the Rams have been throwing around lots of money. They've offered big contracts to Gurley and receiver Brandin Cooks. But when it comes to Donald, they're refusing to pay up.

In fact, the Rams could potentially not ever sign Donald to a long-term deal. They hold the leverage in this situation. After this year, they could stick the franchise tag on him, preventing the defensive lineman from receiving offers from other teams.

They could repeat that process twice more, for a total of three years under the franchise tag. Donald would earn about $58.7 million over that span. That's closer to what he's looking for in a deal, but remember: this would be a year-to-year situation. One injury could cost millions of dollars.

For now, neither side seems willing to budge, or even in a hurry to figure things out. We'll see how it ultimately impacts the team's season.