Were The Sixers Smart To Offer $170 Million To A Player Who's Never Made A Three-Pointer In The NBA?

The Philadelphia 76ers have taken advantage of a wild NBA offseason. They let Jimmy Butler go in a four-team trade that brought back Josh Richardson. They signed Al Horford to a sizable contract. They gave Tobias Harris a max extension.

And now, they're making sure their youngest star gets paid.

The Sixers agreed to a five-year, $170 million max contract with Ben Simmons. The deal doesn't have a player option in the final season and includes a 15 percent trade kicker. 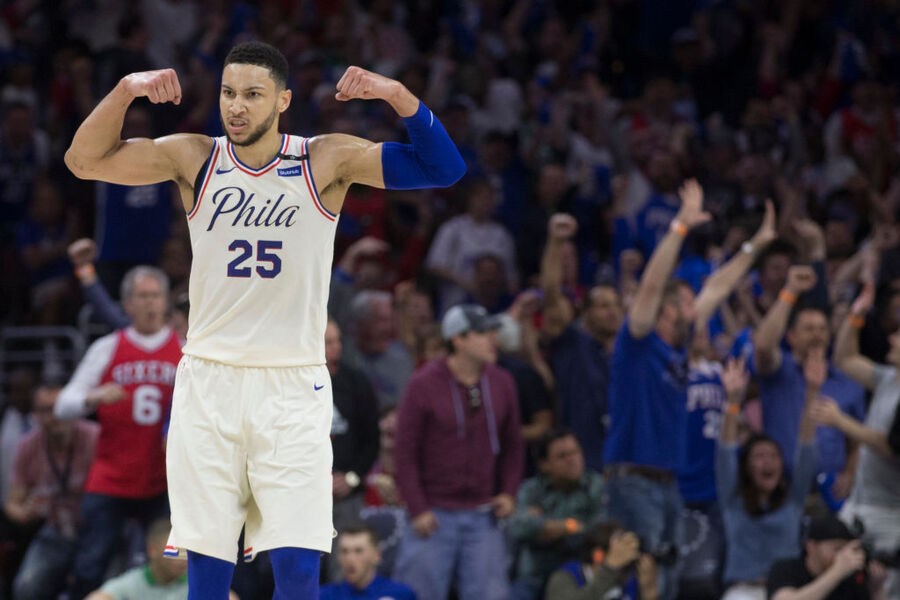 Simmons, 22, has become a franchise cornerstone for the Sixers. The team selected him No. 1 overall in 2016; however, he missed the entire season with a foot injury. He made his first NBA appearance in 2017, eventually winning Rookie of the Year for the 2017-18 season.

Last season, Simmons made his first All-Star appearance, averaging 16.9 points, 8.8 rebounds, and 7.7 assists per game. The Sixers finished 51-31 and made the playoffs for the second year in a row, falling to the eventual champion Toronto Raptors.

There's no doubt Simmons is a great player with solid court vision and a knack for attacking the rim. But there's one skill that he'll need to develop to make this contract worthwhile for the Sixers: a jump shot.

In 160 games, Simmons has attempted just 17 three-pointers. And he's made a grand total of zero. In fact, Simmons regressed last year, shooting just 25.7 percent on shots from 10 to 16 feet, and 10.5 percent from 16 feet and further.

To be fair, Simmons spends most of his time around the rim. His average shot distance is just 4.1 feet from the hoop. But the three-point shot reigns supreme in the modern NBA. Simmons will need to at least be somewhat of a threat around the arc.

This is especially true now that Butler is gone. He served as the team's closer, taking clutch shots in the fourth quarter. He, along with JJ Redick, also helped space the floor for the Sixers.

Now, Simmons and Harris will need to fill those roles along the perimeter. Both Horford and Joel Embiid can hit the occasional three, but they're much better in pick and roll or back to the basket situations.

The Sixers are paying Simmons all this money based on his potential to lead the franchise. If he can get a serviceable jumper, the Sixers have a great chance at contending for years to come. And that'll make the investment in Simmons worth every penny.