Washington Redskins Suing Former Player To Get Back $40,000 They Accidentally Paid Him

The Washington Redskins have not been good with money ever since Daniel Snyder took over the team back in 1999. The team has become infamous for overpaying guys (e.g. Albert Haynesworth). As luck would have it, every time a player was overpaid, it wasn't because of Snyder. On at least one occasion the fault was with accounting.

That's why former linebacker H.B. Blades was overpaid. He wasn't overpaid because Haynesworth was gone, but instead because of an accounting error: two years after he was cut, he received an erroneous payment of $40,000.

Blades was taken in the 2007 draft by the Redskins in the sixth round and signed to a four-year, $1.77 million contract. He played well enough for the team to sign him to a one-year deal for $685,000 after his rookie deal expired, following the 2010 season, but not well enough for him to make the final roster at the end of the 2011 preseason. 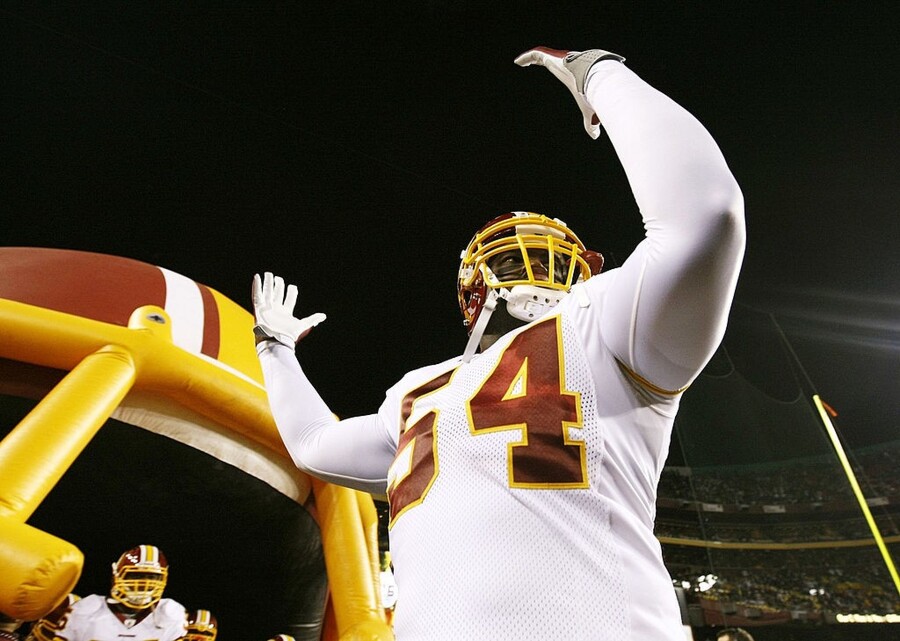 As it turns out, NFL players actually get severance checks like normal folks do. Under the current collective bargaining agreement (CBA), players are due termination pay of $20,000 for each accredited season ($10,000/season under previous CBA). So when the Redskins sent him a check for $40,000 a year after he was cut that wasn't a mistake.

They were sending him what he was due – but then they did it again. Now they want the second check back, and they are suing Blades to get it.

"The Redskins mistakenly paid an additional $40,000 to Blades on December 27, 2013 as a result of a clerical error," the lawsuit states.

The Redskins tried to take care of the issue without going to court. When the error was discovered, they tried to see if Blades would give it back if they simply asked for it. Blades never responded to the team, so the league's management council filed an appeal on their behalf. After an arbitration hearing, Blades agreed to pay back $20,658.88 in installments (his take-home pay after taxes), but he never made a single payment. Later, the arbitrator concluded he should pay back the entire $40,000, and the team is now suing Blades in order to collect the money.

If the Redskins are surprised at how things are turning out, they shouldn't be, as Blades made his feelings pretty clear when, after he was cut, he posted this on Twitter:

"Right is right wrong is wrong. Don't ask people to be loyal when ur not. It's been real dc appreciate ya"

He felt like he was done wrong by the team so he is returning the favor.

The Redskins shouldn't hold their metaphorical breath in anticipation of getting the money back. If Blades had enough money left from his rookie contract to pay it back, you would think he would have, but since the initial agreement allowed him to pay in installments, he probably doesn't. He is definitely not making enough at his current job as an assistant football coach for a high school in South Carolina to cover the bill.

Sounds like it is time to write this one off.