By Travis Pulver on September 27, 2015 in Articles › Sports News

During his time as owner of the Washington Redskins, Dan Snyder has developed a reputation for blowing millions of dollars by signing free agents to big money, and long term contracts. That, and the team's lack of success, has led to him being widely despised by fans of his team. It doesn't seem to bother him… and why should it? He is a self-made billionaire. He can afford not to care what anyone thinks about him.

Yes, as hard as it may be to believe with the way he runs the Washington Redskins, Dan Snyder is a heck of a businessman. He wasn't always a successful one, but he learned from his mistakes, bounced back, and eventually made it big. 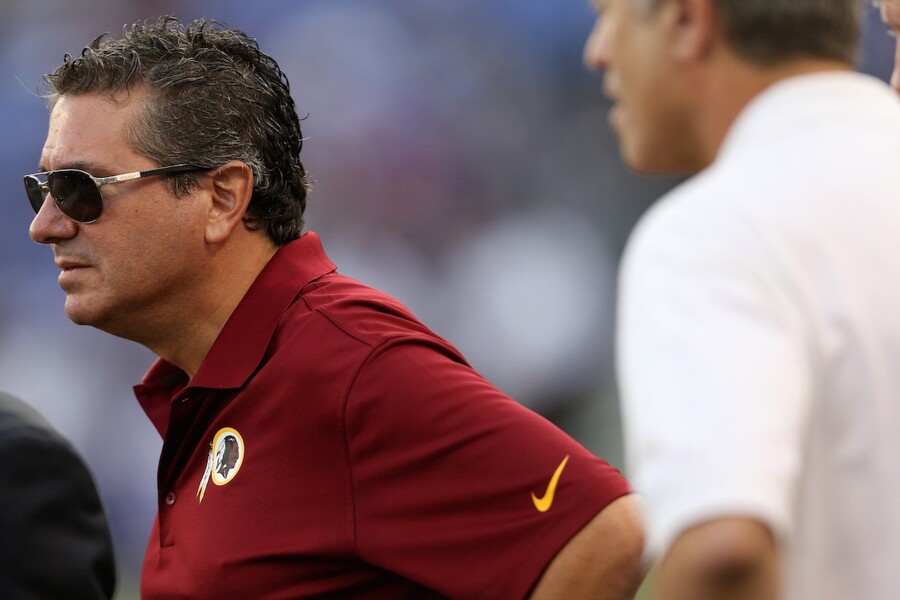 It all started back at the young age of 17, when he partnered with his dad to sell bus-trip packages to Washington Capitals fans. The business didn't do so well, so it was off to college for young Dan Snyder. He eventually dropped out of college to start another business leasing jets to fly college students to spring break in Florida and the Caribbean. He supposedly made $1 million running the business out of his bedroom in his parent's house.

That was his first successful endeavor, but his next one didn't do so well. He borrowed $3 million from real estate entrepreneur Mortimer Zuckerman and Fred Drasner, co-publisher of Zuckerman's New York Daily News, to start his own magazine, Campus USA. The magazine failed to generate enough ad revenue and shut down after two years.

His next endeavor is where he hit it big. In 1989 he and his sister founded Snyder Communications with money borrowed from their father who took a second mortgage on their home in England and $35,000 from his sister's credit cards. The business focused on wallboard advertising in colleges and doctor's offices. In time, they began to distribute product samples as well.

Eventually, the two expanded the company and its activities to include direct marketing, database marketing, proprietary product sampling, sponsored information display in prime locations, call centers, and field sales. Along with colleges and doctors' offices, they started covering maternity areas, private daycare centers, and private aircraft lounges around the country. The business really began to take off in 1991, when they got into telemarketing with a focus on immigrants. Revenue rose from $2.7 million in '91 to $4.1 million in '92, and more than doubled in 1993 ($9 million).

In 1996, when the company went public, he became the youngest CEO of a company listed on the New York Stock Exchange. The stock that he had given Mortimer Zuckerman and Fred Drasner for the $3 million they lost in the magazine ended up being worth $500 million.

Snyder continued to expand and grow the company, and by 1998 it generated $1 billion in revenue. He sold the company to a French communications and advertising group for more than $2 billion in stock. Snyder's personal cut from the deal was worth $300 million.

He bought the Washington Redskins (including the stadium) for $800 million in 1999, largely with borrowed money. At the time he owned the team outright, but to lower the debt he sold off 35 percent of the team to three investors in 2003.

Along with the football team, Snyder owns Red Zebra Broadcasting, Johnny Rockets, and Dick Clark Productions. He has been interested in buying into the English Premier League.

If only all his business smarts could be used to generate a little more success on the gridiron.