The Washington Nationals have not experienced a ton of success over the last decade. The success they have experienced has mainly been thanks to their two No. 1 picks, Bryce Harper and Stephen Strasburg. And when the time comes, if the Nationals do not pay them appropriately, someone else will.

Harper is not due to become a free agent till 2019. Strasburg was going to become one at the end of this season. Rather than risk someone making him an offer he couldn't refuse, the Nationals signed him to a seven-year, $175 million contract extension.

His agent, Scott Boras, typically likes to test the free agent waters with his clients. Nothing drives up the value of a contract quite like a bidding war. Had Strasburg tested free agency, he would have been the most sought after target of the 2017 off-season.

So why break this pattern? Why have Strasburg sign now? Could there be concerns over Strasburg's health, perhaps? 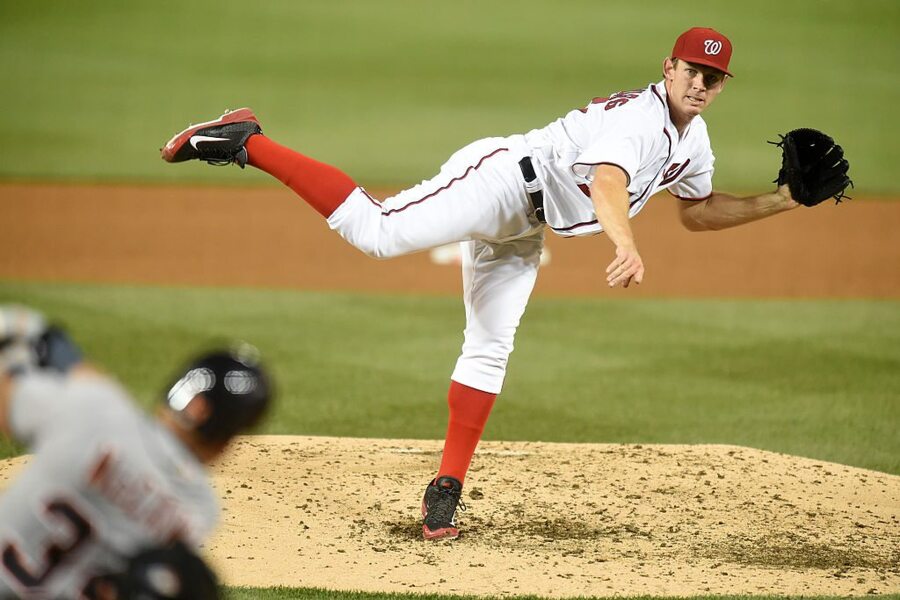 Strasburg has not been a stranger to the disabled list. In fact, he's been on the list six times, including two trips during his rookie season. The first (in July 2010) was due to shoulder inflammation, but the next one (late August 2010), was a bit more serious. He tore the ulnar collateral ligament in his elbow three games after returning from his first DL stint. He needed Tommy John surgery to replace the ligament and was not able to play again until late in the 2011 season.

Tommy John surgery is a huge red flag for teams when they are considering whether to sign or resign a pitcher. It is not unusual for a player who has had one Tommy John surgery to need a second. Should that be the case, the team will lose him for another 12-18 months (as he goes through rehabilitation). And considering how hard Strasburg throws, it is not difficult to imagine him suffering another injury at some point.

When healthy, Strasburg has been among the best in baseball. In his six seasons, he has compiled a record of 59-37 with an ERA of 3.06 and 10.4 strikeouts per nine innings pitched. Knowing this, The Nationals made a big $175 million commitment to Strasburg. That sets the record for the largest contract ever signed by a pitcher after he has had Tommy John surgery.

So, why didn't Boras push Strasburg to sign now as opposed to testing the free agency waters? Maybe Strasburg knows his risks and is perfectly happy making $25 million a season. Maybe Boras wanted to do the Nationals a favor since he has eight other clients on the team's roster – including Bryce Harper.

At the same time, Strasburg has the option to opt out after the third or fourth season of the deal. So if he's healthy, he would be a 30 or 31 year old free agent. AKA still young enough to sign another huge long-term deal. The deal is actually a pretty good hedge for everyone!