Was Dwyane Wade Selfish To Turn Down $40 Million From The Heat?

Dwyane Wade was one of the rare players in the NBA who was on the same roster for his entire career. For 13 seasons, he was an enormous part of the Miami Heat franchise, bringing three titles to the city. Miami fans thought he'd be a Heat lifer, retiring in South Beach and having his banner hung from the rafters.

That's why the city, and really, the entire basketball landscape, was shocked when Wade left Miami to return to his hometown Chicago Bulls, to the tune of two years and $47 million. He turned down a deal from the Heat that was worth $40 million over two years.

So that's it? Wade turned his back on a lifetime of support and loyalty with Miami, all for a measly $7 million? Oh, if only it was that simple. Wade has actually been the one making most of the sacrifices, giving up about $17 million during his career with the Heat.

In fact, during 13 seasons in Miami, Wade was never the highest-paid player on the roster.

Along with LeBron James, Carmelo Anthony and Chris Bosh, Wade was selected in the 2003 NBA Draft. However, those three players have consistently signed max-level contracts, and by extension, have made more than Wade in the NBA. Through this past season, Wade has made $152.9 million. That's $10.3 million less than Bosh (who's made $163.2 million in his career), $16.7 million less than James ($169.6 million), and $23.6 million less than Anthony ($176.6 million). 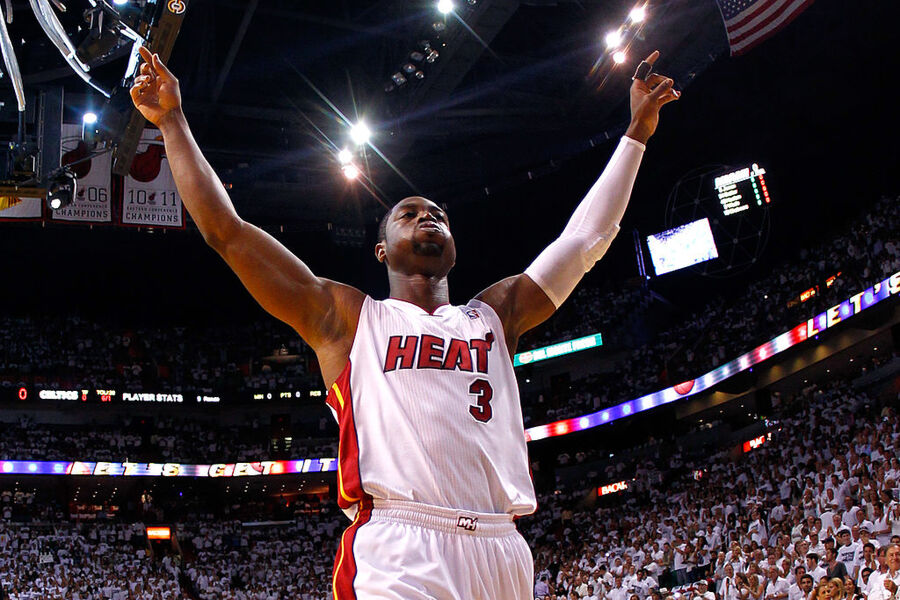 Average all those numbers together, and Wade could have made about $170 million, had he only been looking out for himself, a difference of about $17 million. The gap is widening, too: Assuming LeBron James signs a one-year deal again and then inks a four-year contract for the max once the salary cap jumps again, Wade will not only be about $39 million behind Bosh when their current contracts expire, he'll be a staggering $150 million in the hole, compared to LeBron.

Wade has always taken less money in order to help the team win. He gave up a max contract to get LeBron and Bosh to come to South Beach, and it resulted in two championships. When LeBron left in 2014, Wade again took a pay cut so the team could sign Luol Deng.

Ironically, Wade's latest contract may have been the one that led to his divorce from Pat Riley and the Heat. He said he would welcome a three-year, $60 million deal, which is the same annually as what he just turned down. Instead, he ended up signing a two-year contract with an option to opt out after the first year.

Wade opted out, once again to give the Heat the financial flexibility to go after Kevin Durant. But when the team prioritized Hassan Whiteside over the guy who had been there for 13 years, Wade felt slighted. The franchise would have made the financial room for Durant, but not for Wade.

Really, the Heat knew the writing was on the wall. They had their ceiling, and when Wade didn't want to take it, they bid each other farewell. It's a shrewd move on Miami's part, but they didn't want to be crippled by a bulky contract, especially when Wade has missed, on average, a quarter of a season the past four years. They'll likely put all their eggs in the Russell Westbrook basket as they try to find a new face of the franchise.

Meanwhile, Wade returns home to Chicago. It's a long shot, but maybe he'll follow in LeBron's footsteps and bring a title back to the city he grew up in.