Everyone farts. It's just a part of life.

But apparently, it's a larger part of Von Miller's life than his teammates would like.

Reportedly, Miller's locker room flatulence became so prolific that the team established a no farting rule, with a $500 fine attached for the violation. Miller, knowing full well that his gas was going to lighten his wallet, still had trouble holding it in.

"They can't fine me if I get up an walk away," complained Miller, "it's not healthy. I keep trying to tell them it's not healthy if I just sit there and hold it in. Nobody in the world does that. I just do it more than the average person." 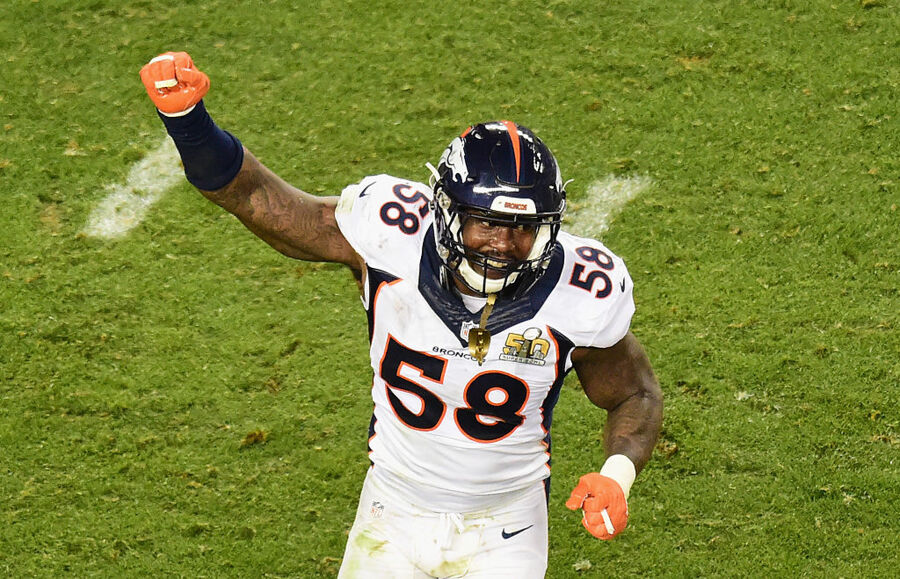 Apparently so. According to Miller, the "fart tax" cost him $15,000 this past season with the Broncos, which adds insult to injury after the defending champion Broncos shocked the world by missing the playoffs.

And the Broncos must not be making it up. When the reigning Super Bowl MVP was on Dancing with the Stars, his partner Witney Carson McAllister established a fart tax of her own, charging Miller $100 for each one he let rip. It's unclear, though, how much money she made while they were on the show together.

It's a shame for Miller that he has to dish out so much cash for his unfortunate bodily functions, but let's be honest: Miller made $19.1 million this season. My guess is he'll keep on letting it loose.