By Travis Pulver on September 23, 2015 in Articles › Sports News

The Minnesota Vikings have decided to put their longtime mascot, Ragnar the Viking, out to pasture. It's not because he wasn't performing well as a Viking, and it's not because he was getting old. It's because the man underneath the costume got a little too greedy, while attempting to re-negotiate his contract.

As you probably know, the main job of a mascot is to entertain and engage the crowd during a game. For the last 21 years, a man by the name of Joe Juranitch has performed these vital duties for the Minnesota Vikings, all while sporting a pretty ridiculous costume and facial hair. Is he a popular figure? Absolutely. Is he invaluable to the team's weekly operations? In Jurantich's mind? Yes. In the mind (and accounting office) of the Minnesota Vikings? No.

Here are a couple shots of Joe in action: 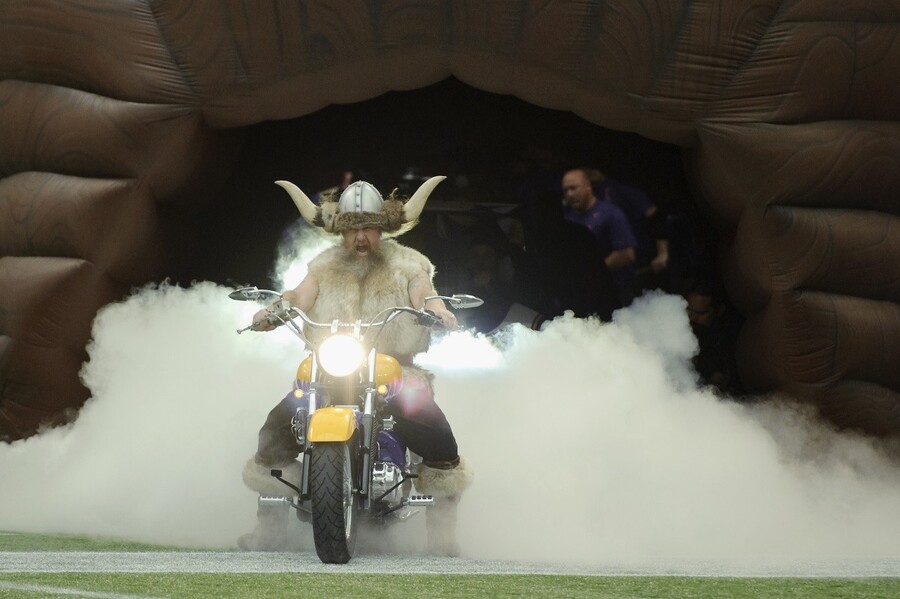 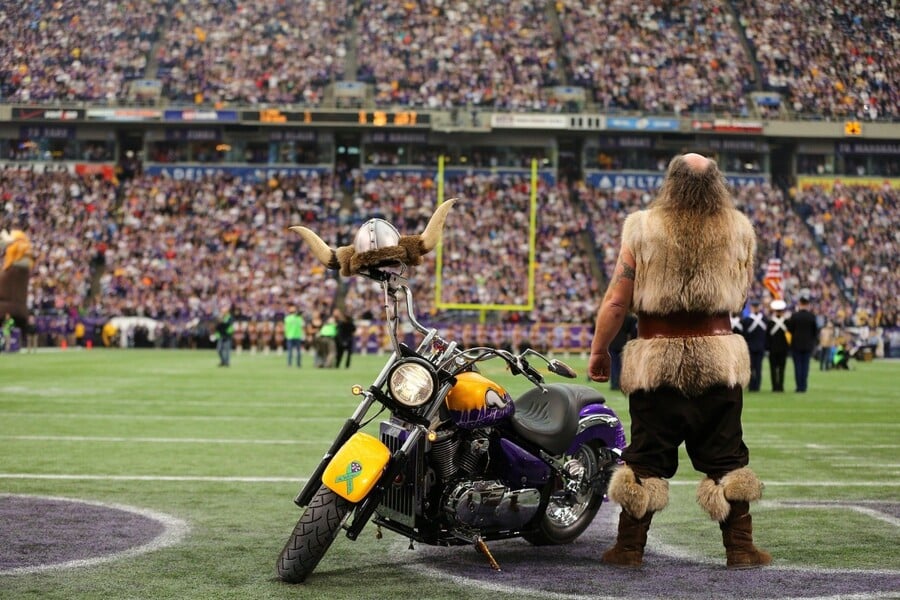 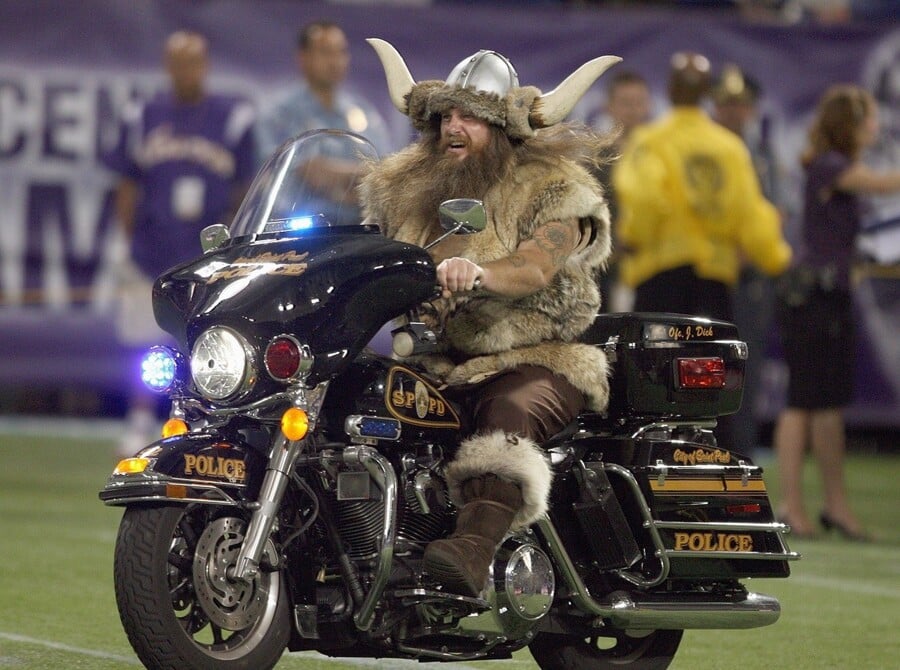 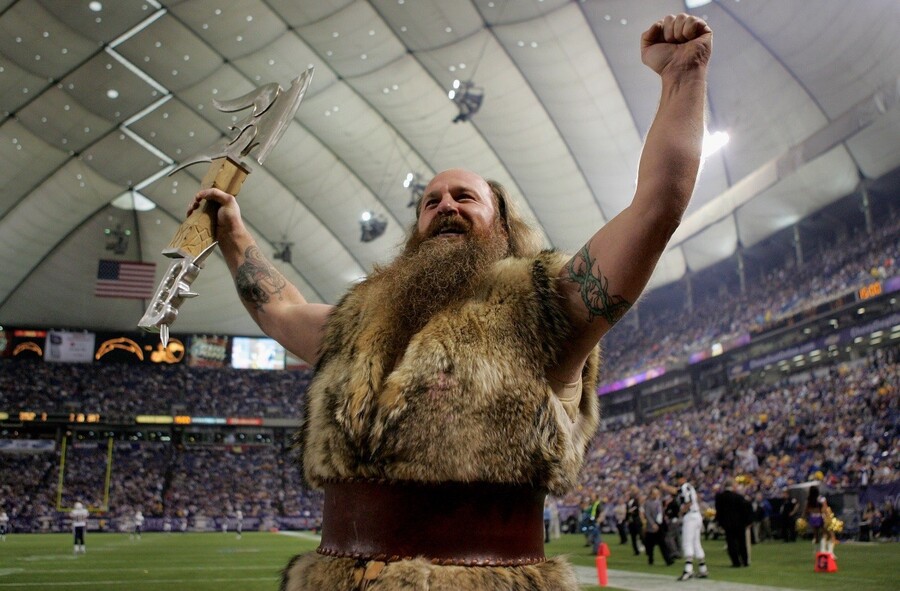 Tragically, when the Vikings took the field last week, they were not led out by Ragnar for the first time in 21 seasons. He wasn't sick. He wasn't injured. Joe (Ragnar) was at home watching the game on television after falling into a major contract dispute with the team. Last week negotiations broke down between Joe and the Vikings over how much he deserves to make for his services. As the Vikings were taking the field on Sunday, Joe posted the following message on Facebook:

"It doesn't feel right sitting at home. This is not by my choice. I don't make those decisions. At this point it was made for me. I miss all my fans and your support. Let's all stay positive as we move forward."

Actually, it is by his choice. Ragnar is sitting at home because during the off-season, he demanded an absolutely absurd amount of money to keep doing his job every Sunday, and the Vikings politely declined.

How much did he want? In previous seasons, Joe earned a peak salary of $1,500 per game to play the role of Ragnar. Before the 2015 season started, Joe demanded a 10-year contract and a guarantee of $20,000 per game.

With eight home games a season, that comes to $1.6 million over the next decade – to dress up like a Viking a few weekends per year. Unfortunately for Joe, the team didn't even briefly consider his demands. Instead, it sounds as though they are more than happy to move on without him:

"The Vikings greatly appreciate what Ragnar has meant to the organization and to the fans over the last two decades. We intend to honor his 21 seasons on the field during a 2015 Vikings home game and we will welcome him to future ceremonial events. We will always consider Ragnar an important part of Vikings history."

So, were the Vikings being too tough, or was Juranitch just delusional? Considering the money the NFL collects, surely there must be enough to pay a beloved mascot $1.6 million for 80 days of the easiest work on Earth over the next decade, right? Or was his price simply way too much??? Absolutely.

NFL mascots tend to be paid a lot less than mascots in other professional sports. Rocky, the Denver Nuggets mascot, makes a six figure salary. Two of the best-known mascots in sports, Mr. Mets of the New York Mets, and Phillie Phanatic of the Philadelphia Phillies, reportedly make $600/hour for personal appearances.

Although considering how little NFL cheerleaders make (most get $70-90 a game; some get as much as $1000-1500 a month), Ragnar should have known he'd never get an increase of the size he requested, which comes to a whopping 1,300%.

So what do you think? Were Ragnar's demands way too high? Should he swallow his pride and politely ask to be re-instated at his previous pay level? That's definitely what I would do. Not sure how his Viking forefathers would feel about him caving under pressure so quickly however…