If you had a few hundred million dollars lying around about a decade ago, a good investment would have been to purchase an NBA team. The value of NBA teams has skyrocketed in recent years, thanks in large part to a $24 billion television deal that went into effect this past off season. Free agents this past off season are making more money than ever; and it's because the teams were making more money than ever. But there is one team in particular whose value has increased so much, that the owners have QUINTUPLED their multi-million dollar investment in the span of just six and a half years.

The Golden State Warriors are without a doubt the most exciting team to watch in the NBA. With a high octane offense, and star power to boot, the team hailing from the Bay Area are yet again the favorites to represent the Western Conference in the NBA Finals. But it is easy to forget that it wasn't always like this. Before the likes of Steph Curry, Klay Thompson, Draymond Green and Kevin Durant were lighting up opponents from the three point arc at Oracle Arena, the Warriors were up for sale in 2010.

The team was sold by Chris Cohan; who bought the team in 1994, to Joe Lacob and Peter Guber for a then-NBA record $450 million. But the team's selling price was not a reflection of its on-court performance; the Warriors had the second worst record in the league during the 16-year span of Chris Cohan's ownership. Though the Warriors didn't fare much better in the first two full seasons under new ownership (36-46 record in the 2010-2011 season and 23-43 in the 2011-2012 season), the team did draft well. They drafted Klay Thompson with the 11th overall pick in 2011, Harrison Barnes with the 7th overall pick in 2012, and Draymond Green with the 35th overall pic in 2012. In addition to Steph Curry, who was drafted in the year prior to the team's sale, those pieces would play major roles in the team's current success. 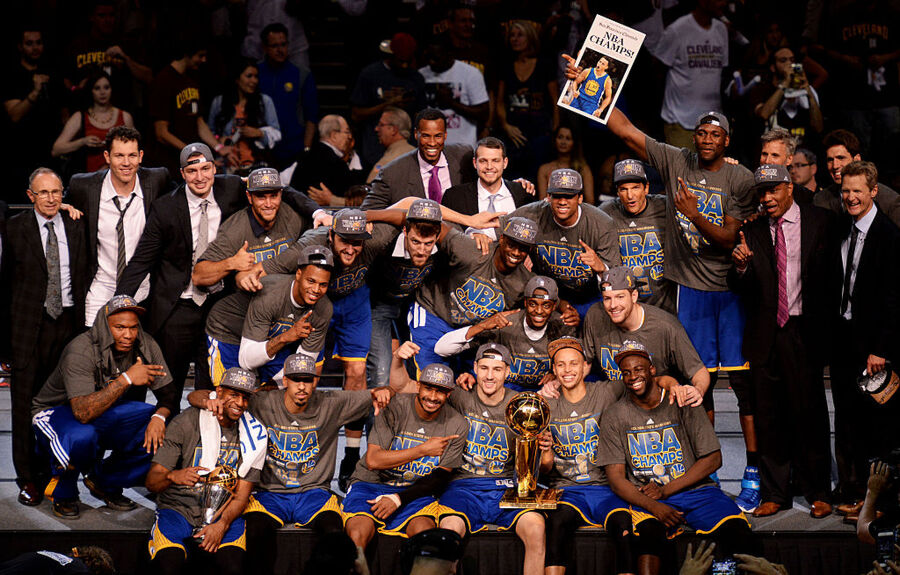 The Warriors, led by Steph Curry, took the league by storm in the 2014-15 season, with Steph Curry winning the MVP and the team winning the NBA Title. The team improved upon itself in the 2015-16 season, winning a record 73 regular season games, while Steph Curry took home his second MVP, becoming first unanimous winner of the award in league history. Though the team lost in Game 7 of the NBA Finals to LeBron James and the Cleveland Cavaliers, the team's popularity continued to rise. Kevin Durant's decision to join the Dubs in July of 2016 undoubtedly brought them even more attention to the team.

To put into perspective how big of a turnaround the Warriors have made in regards to their net worth; the team was 27th out of 30 NBA teams on Forbes 2007 version of their NBA team valuations report, with a net worth of $267 million. Fast forward 10 years later and the team is one of the most valuable franchises in the NBA.

Not bad for an investment of $450 million just a few years ago.