How you ever played bingo and missed the $500 prize for the blackout round by one number? How about missing the lottery by one or losing out on big money on a scratch off ticket because you needed one more star? Even though the money was never in hand and was completely dependent on luck, it still stung a little not to get it.

Now imagine you are a professional golfer, you are in contention for first in a tournament and an $850,000 payday, and you end up taking home only $276,000 instead, because of one errant shot. Winning over a quarter of a million dollars is nothing to be angry about, of course, but taking home $850K would be a whole lot better. 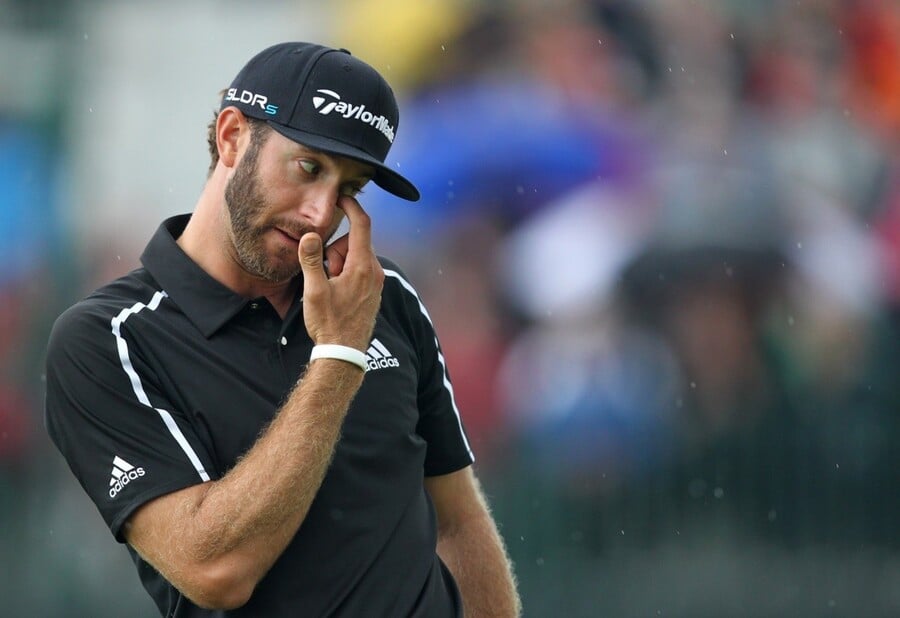 That is exactly what happened to PGA star Dustin Johnson at the WGC-HSBC Champions Tournament in China recently. It all went down during the final round of the tournament on Sunday.

He had been playing well throughout the tournament, and was among a handful of golfers at the top of the leader board vying for first. At the par-five eighth hole, he hit a beauty of a shot that looked as if it was going to land on the green and put him in position to putt for birdie, but his ball hit the flag stick instead of the green. It bounced off, and rolled into the water hazard.

He ended up with a double bogey instead of a birdie effectively knocking him out of contention. His final score of 16-under was good enough to tie for fifth, which earned him a $276,000 payday.

His fiancé, the lovely Paulina Gretzky, posted a picture of herself in lingerie to her Instagram account to cheer him up. In the comment section, he shared with the world what he wanted to do – which is exactly what every man in the world would want to do with her.