By Travis Pulver on November 5, 2015 in Articles › Sports News

College licensing and apparel has become a pretty big business. Back in 2010, sales of officially licensed merchandise generated around $3.64 billion in revenue. That number climbed to $3.77 billion in 2011. Fast forward to 2015 and we are now talking about a $4.6 billion a year industry.

Sound surprising? It shouldn't. Back in your college days, how many school T-shirts do you think you had in your closet? Did you have to have the newest one whenever it came out? Since you graduated have you really changed that much. Chances are you don't have a closet full of T-shirts from your alma mater, but you do have a couple you like to wear on game days along with a sweatshirt, hat, polo, and maybe even a jacket not to mention a travel coffee mug, a shot glass you've never used, and golf balls you never play with. 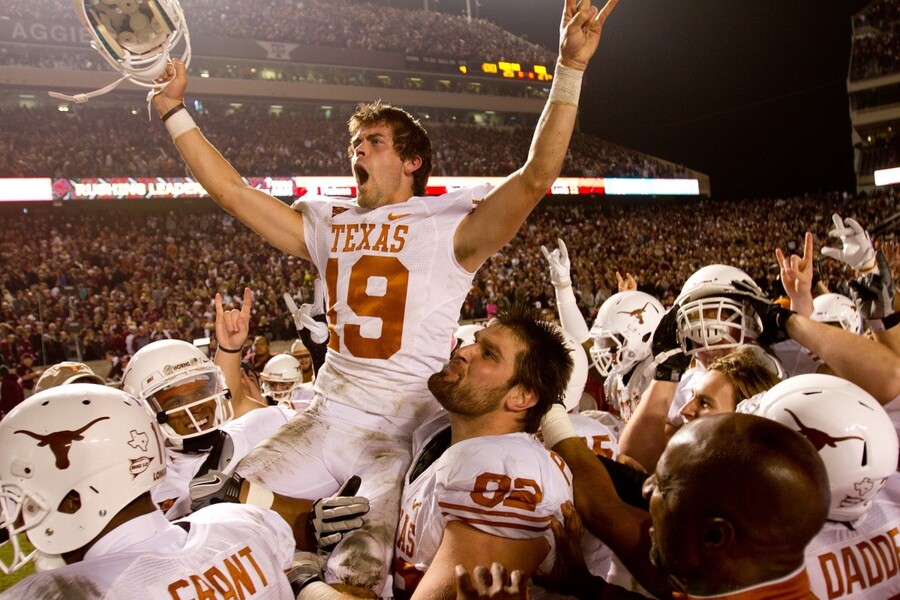 Apparel companies know how much we love to show support for our school, and are willing to pay big bucks to provide fans with their merchandise/apparel fix. Yes, Adidas, Nike, and Under Armour pay schools for the right to sell official team/university gear.

Sounds crazy, right? However, if spending a few million a year would make you a few hundred million wouldn't you do it?

The big apparel companies have been doing it for years, and have been reaping the rewards. Sales of official licensed college merchandise total about $4.6 billion a year; second to MLB sales at $5 billion. NFL sales come in third at $3.25 billion, followed by the NBA at $3 billion, the NHL at $1.3 billion, and NASCAR at $1 billion.

Of the $4.6 billion in official college merchandise, 65 percent of that is in apparel alone. That comes out to close to $3 billion a year!

With a piece of that pie at stake, it makes sense that apparel companies would be willing to pay a hefty price for the right to make official merchandise. The deals are not all cash, but a combination of cash, merchandise, and royalties.

The following are the top five apparel deals among major colleges and universities. Michigan has been in the top spot, but another Nike client has taken over with a new record breaking deal.

The new No. 1 apparel deal now belongs to…

Texas has been with Nike for years. They were considering jumping ship and joining the Under Armour family, but when Nike made the kind of deal they did the school cancelled its meeting with Under Armour executives.

Why would Nike pay so much to retain right to Texas apparel? Longhorns apparel have been No. 1 in sales for the last nine years, and shows no signs of slowing down.