UFC's Dana White Buying Up Properties In His Neighborhood

UFC President Dana White is living the dream. He presides over a popular sport, he's planning upcoming fights, working on transitioning the UFC from its old owners to new owners, being the face of the UFC, and dealing with his athletes and all of their issues from payment to overall treatment and so on. In the midst of all of that, White is finding the time to buy a number of properties surrounding his suburban Las Vegas mansion. In less than a year, White bought three additional properties in the Tournament Hills subdivision. That brings his house total to four in the last 10 years.

The Las Vegas Review Journal reports that all of the properties are adjacent to his main home on Pine Island Court, a 6,000 square foot mansion he bought from former UFC co-owner and friend Frank Fertitta in 2006 for $1.95 million. White has spent more than $6 million on the additional properties. Awww, maybe he wants his extended family living around him. 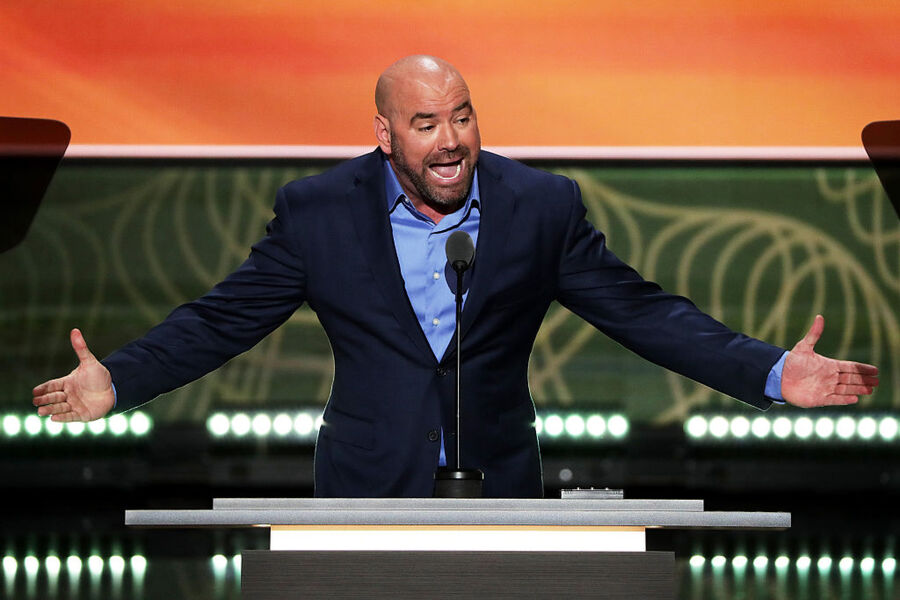 Nope. City records reveal that demolition permits have been issued for the four homes. In fact, one has already been torn down. What, exactly White plans to do with the cleared land is not known. Perhaps he wants to build a dream house for his wife Anne and have plenty of property for their three kids to frolic.

White was a minority owner in the UFC and netted himself a big profit when it was sold to WME-IMG last year for $4.2 billion. The Fertittas bought the UFC in 2001 for $2 million. White earned roughly $300 million from that deal. He also negotiated a stake in the new company for himself and continues to serve as the President of the UFC.

It will be interesting to see what White plans to do with all that land. One good thing that will come with all that breathing room is a cooling off of the tensions he has with the neighborhood home owner's association. He reportedly shelled out $2,500 in fines in just one month over noise complaints related to his backyard pool and waterslide. White has also flown in tons of snow just to give his family a white Christmas and hired Kenrick Lamar to play his son's 16th birthday party.

Like we said, Dana White is living the dream.