UFC President Dana White Has A New Contract, And There's No Limit To How Much He Could Make

The UFC is officially under new ownership, and company president, Dana White, is ready to cash in.

Prior to the record-breaking $4 billion sale, White owned nine percent of the company, meaning he already brought in around $360 million when the sale went down. Now he's set to make a sizable wage for years to come.

According to ESPN's Darren Rovell, White has signed a new contract with the UFC guaranteeing him nine percent of the company's net profit for the next five years. This not only means he will likely pocket in the tens of millions of dollars each year, but also that he will want to do everything he can to boost the financial productivity of the UFC, because he has a vested interest in its growth. 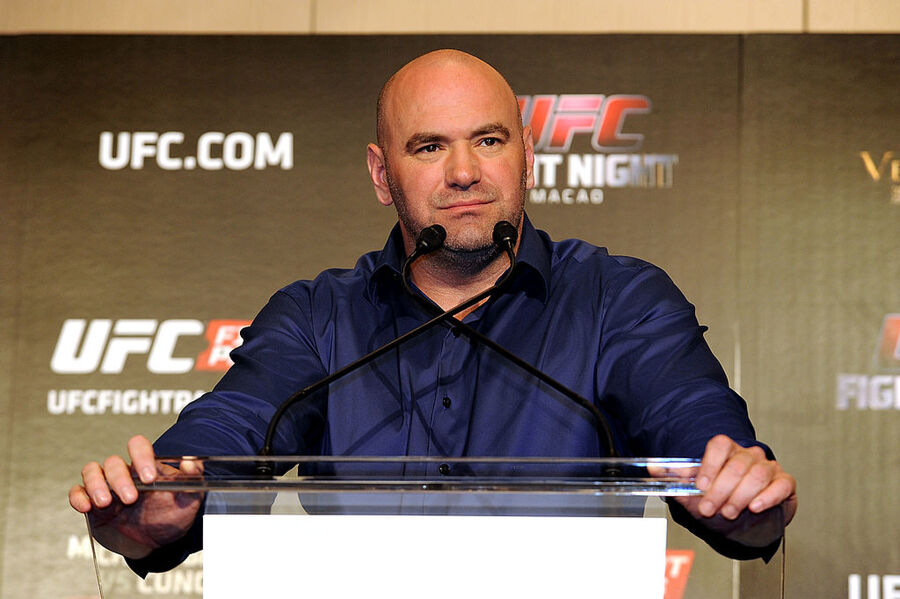 Many reports, including Rovell's, compare this new deal to Roger Goodell's salary with the NFL. This, however, is an unlikely comparison, considering Goodell is slated to make around $32 million in 2016. White, on the other hand, likely won't reach the $20 million mark.

Though it is unclear exactly how much the UFC nets each year, former chairman Lorenzo Fertitta told CNN Money that the organization grossed $600 million in 2015. It's hard to say how much the UFC nets after grossing that amount of money, but regardless of how much it is, White should still earn somewhere between $10 and $20 million per year.

One more positive aspect of the deal looms on the horizon for White. In 2019, the television contract that the UFC has with Fox will be up for renewal. The rapid growth in the UFC's popularity over the past decade combined with the spiking TV contracts for action sports almost guarantees that the UFC will be making significantly more money in three years than it is now. At that point, with White's salary rising and Goodell's continually dropping, White just may leave the NFL commissioner in the dust.