Thanks to the "retirement/un-retirement" of Conor McGregor, the UFC has been in the news quite a bit. In the days to come, two of UFC's owners, Lorenzo and Frank Fertitta, are going to be making news of their own. Why? The two are about to make a ridiculously large amount of money.

It is not because the two are selling their stake in Zuffa, LLC (the parent company of the Ultimate Fighting Championship). Talk of the UFC being up for sale has been known to pop up from time to time over the years. Rumors have been floating around for months that Zuffa was going to be sold to an investment firm based in China – if they could get the company to value the UFC at $6 billion.

As it turns out, the Fertitta brothers are not selling their 81 percent stake in Zuffa, LLC. They are selling something else – stock in the other family business.

The two made their fortune in the casino business their father started in 1976, Station Casinos (now referred to as Red Rock Resorts). They spent billions buying up stock back in 2006 so they could take the company private, had to file for Chapter 11 bankruptcy in 2009 because of the ensuing debt (which they exited in 2011), and will soon be selling shares to the public once again. 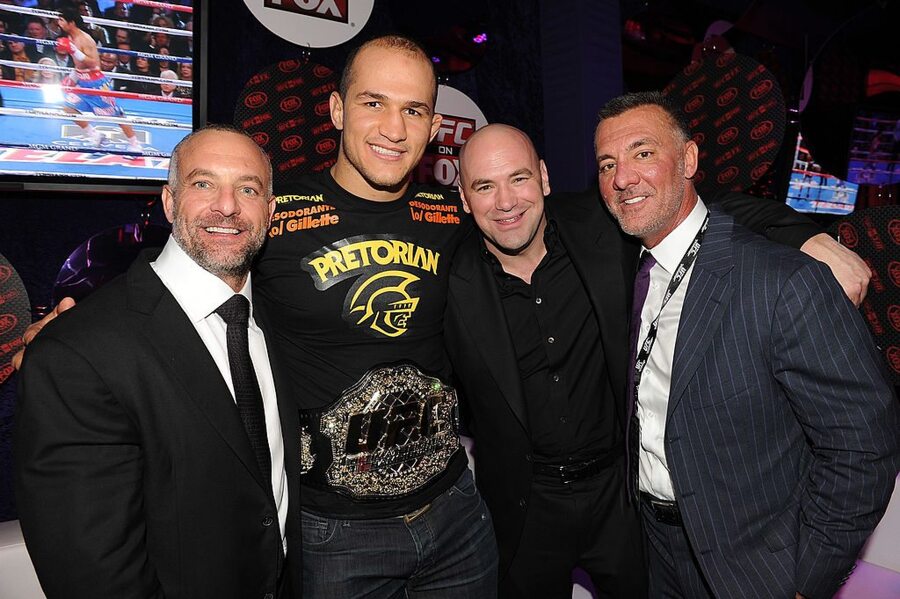 Once the shares do go up for sale, the brothers are expected to take home the majority of the $500 million the initial public offering is expected to make, along with the company jet. Of the money raised, $460 million will be used so that Red Rock Resorts can buy Fertitta Entertainment, a privately held management company, from the brothers.

Red Rock Resorts, of which Frank is CEO, and the brothers own a combined 58 percent, contracted with Fertitta Entertainment to manage the casino in 2011. Revenue from the stock sale will be used to pay out the duration of the 25-year contract, as well as buy the company.

Funds will also be used to pay down Fertitta Entertainment's debt, as well as pay off the $30 million loan on a 2011 Gulfstream jet.

They are essentially selling stock in one company they own a good chunk of, so they can hand the money raised back to themselves. They will still own 40 percent of Red Rock Resorts, which will own their management company as well. So, they are essentially still going to own a controlling interest, but have an additional $500 million in their bank accounts.

Sound fishy? Well, the Nevada gaming regulators signed off on it, so they must not see anything wrong with the deal.

With this kind of business acumen and savvy at their disposal, it is no wonder the two brothers are worth $1 billion each and are about to be worth a lot more.