UFC Owners Are Reportedly On The Verge Of Selling The Entire Organization For $6 Billion!

It has been an extremely good month for UFC majority-owners Frank and Lorenzo Fertitta.

First off, it was recently revealed that the brothers are about to sell off a large stake in the casino and hotel company their father started in 1976, Red Rock Resorts (formerly known as Station Casinos). Red Rock actually had to go through Chapter 11 bankruptcy back in 2009 after the brothers spent a ton of moeny taking the company private in 2006. They exited that bankruptcy in 2011. Now they are on the verge of taking Red Rock Resorts public again and when they do, the brothers will earn a $500 million windfall.

But that $500 million windfall will be peanuts if the rumors you're about to hear are true.

According to ESPN's Darren Rovell, the Fertitta brothers are on the verge of selling another major asset. That asset is a company called Zuffa LLC. Through Zuffa, the Fertittas own 81% of a little organization called the Ultimate Fighting Championship – better known as the UFC. 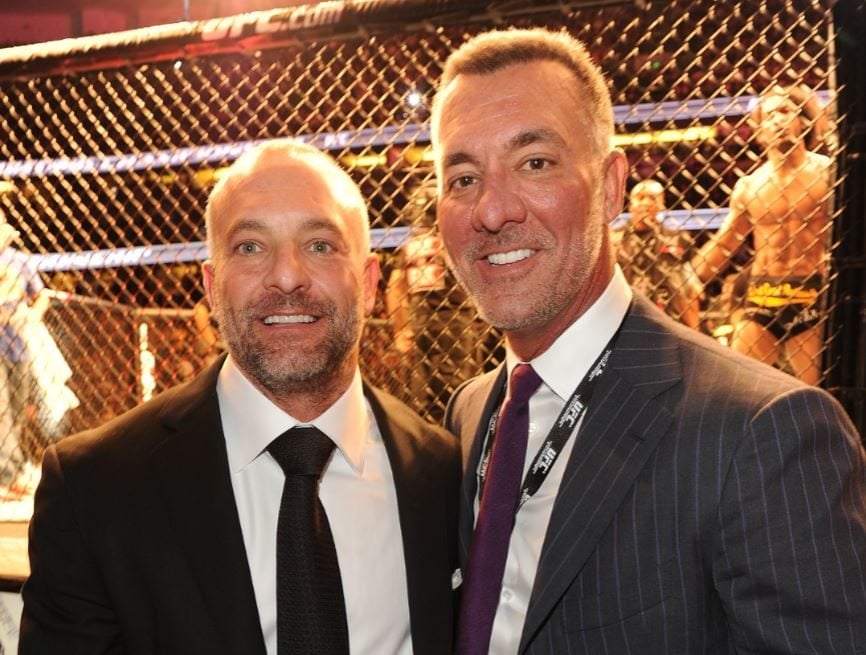 Lorenzo and Frank (Via Getty Images)

Goldman Sachs is reportedly representing the brothers as they have reached out to potential buyers. Those potential buyers include talent agency WME/IMG, as well as private equity/investment firms China Media Captial, The Blackstone Group and Dalian Wanda Group.

On the low end, the UFC is expected to fetch $3 billion. On the high end, it's believed the final sale price could top $6 billion.

If that $6 billion number ends up being true, as 81% owners, the Fertitta brothers would receive a windfall of $4.9 billion.

Actually, that's not entirely accurate. After spending $2 million to buy their UFC stake, The Fertitta brothers spent $44 million of their own money on the organization before it turned a profit.

How much will Dana White make from the sale? Dana reportedly owns 9% of Zuffa, so if the company does sell for $6 billion, that would leave him with $540 million! The remaining 10% is owned by the Abu Dhabi government.

Zuffa earned $600 million in gross revenue in 2015. Profits were reportedly in the $250 million range.