MMA fans in Las Vegas for UFC 196 were in for a treat with Holly Holm scheduled to make her first title defense and Conor McGregor testing the 170-pound weight class. Had all gone according to plan, Holm would have destroyed Miesha Tate, McGregor would have knocked Nate Diaz out, and Dana White would have been smiling all the way to the bank as he dreamt about their next fights. Instead, both stars were choked out effectively throwing plans for future fights into disarray.

Even though Holly Holm and Conor McGregor lost, they were still smiling a lot more than their opponents – all the way to the bank.

McGregor made UFC history with the first $1 million purse, and is expected to get as much as $10 million after his cut of the pay-per-view is calculated. For beating McGregor, Diaz collected a $500,000 purse along with $50,000 bonuses for the Performance of the Night and Fight of the Night giving him a total payday of $600,000. Not bad for a guy who wasn't even scheduled to fight two weeks prior to UFC 196. 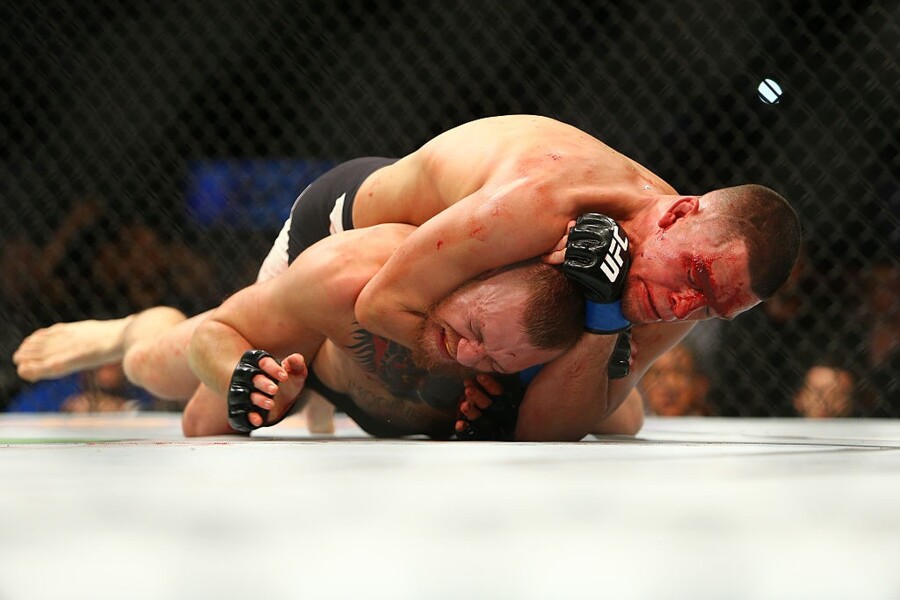 The difference between Holm's purse and Tate's was even greater. For choking out the champion, Tate received $46,000 to show, another $46,000 for the win, and a $50,000 bonus for Performance of the Night. Holm took home a significant amount more – $500,000. The reason for the difference is simple. Much like with McGregor-Diaz, Holly Holm was the draw (hence the big difference in pay).

White was smiling all the way to the bank (ticket revenue cleared $8.1 million), but had to be crying inside at the thought of how much he is not going to make since the shine came off of two of his biggest stars. UFC fans will continue to pay to see McGregor and Holm in action, but fringe fans (people that do not regularly follow the UFC) will be less likely to do so now that both have been defeated. The appeal will not be as great as it was before.

A rematch between Holm and Ronda Rousey for the title would have likely broken pay-per-view records. One between Tate and Rousey will do well, but since Rousey has beaten Tate twice already not nearly as well (even though it will be Rousey's first fight since losing to Holm).

As for McGregor, now that the lion has been tamed, there is not going to be nearly as much interest in his next fight by fringe fans. People want to see a loud, trash talker that can back it up, but it will be harder to convince fringe fans he can, after he tapped out against Diaz.

MMA fans will still watch the next UFC event Holm and McGregor participate in. However, they will not attract nearly as many fringe fans interested in seeing what all the hype is about since there will not be nearly as much hype.

Some analysts have estimated the defeat of two of the sport's biggest stars could cost the UFC tens of millions of dollars. Are they right? Who knows, but since neither fighter received a medical suspension, maybe we'll find out sooner, rather than later.