Back in the day, NFL games were played at places like The Meadowlands, Cowboys Stadium, Candlestick Park, Joe Robbie Stadium, and Mile High Stadium. Now it's MetLife, AT&T, Levi's, Sun Life, and The Sports Authority Field at Mile High. Gone is the day where a stadium's name meant something. Now it is just another way for the NFL to monetize the game.

According to early reports, that is exactly what the Minnesota Vikings are doing. It has been reported by several news outlets that the team has sold the naming rights to the $1.078 billion stadium that is still under construction to Minneapolis based U.S. Bank for $220 million over 25 years. 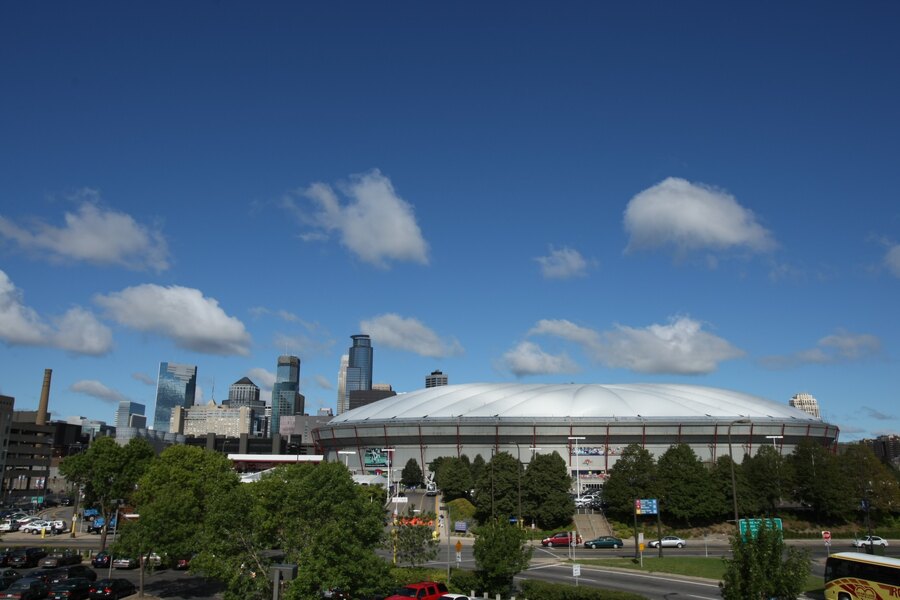 The deal will not be made official till June 22, but officials with U.S. Bank have said one thing: the numbers that have been reported are a little on the high side. Spokesman Dana Ripley has said that the $8.8 million per season tag reported earlier in the day Monday is not correct. All that has been confirmed is that a 20-year partnership will be forged between the two companies.

Chances are the price tag is not going to be far off. For some reason the company didn't want the numbers to get out at this time, but the numbers quoted are not too far off of other stadium deals.

Levi Strauss will be paying the 49ers $220 million over 20 years to name their new $1.2 billion stadium in Santa Clara.

Jerry Jones sold the rights to his new stadium to AT&T for an average of $17-19 million a year.

Exact numbers for the deal the New York Jets and Giants made with MetLife were never announced, but it has been said that it was less than the $23.3 million Farmers Insurance was willing to pay for naming rights of a proposed Los Angeles stadium. MetLife is paying an additional $7 million a season for in-stadium branding.

The amount of money that is being spent by companies just to put their name on a football stadium is insane. Since MetLife Stadium is used two times more, the price tag was a little higher. Should the NFL actually move back to Los Angeles and two teams end up sharing a stadium, the price tag for the naming rights is going to be astronomical

The answer to that is easy. It is all about promotion and the positive association that comes with being involved with an NFL team.

With hopes for the Vikings pretty high going into next season with the return of Adrian Peterson and the continued growth of Teddy Bridgewater, it could very well be a great time to be associated with the Minnesota Vikings. Will that association result in more customers and a larger piece of the pie for U.S. Bank?

The company certainly hopes so.