It may be a long time before the boxing world sees fighters take home the kind of money Floyd Mayweather did for a single fight, if it ever happens at all, but that does not mean there isn't crazy money still to be made. Tyson Fury didn't come close to making "Mayweather" money for his recent fight with Wladimir Klitschko, but it still wasn't half bad.

Like most fighters, Fury said that he doesn't do it for the money, he does it for the glory. But he is probably pretty happy with the amount of money he stands to make, in addition to earning the WBO, IBF, and WBA title belts. 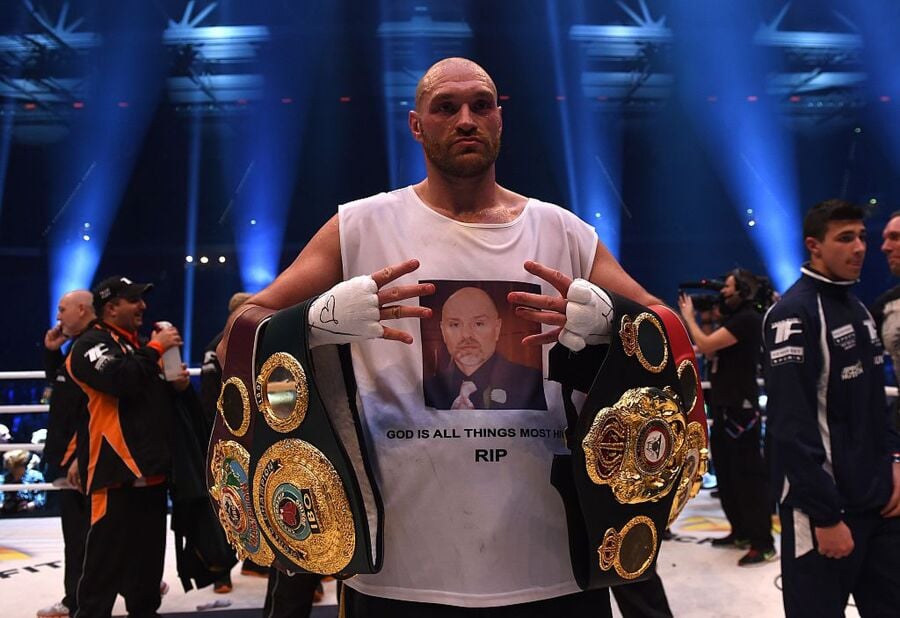 Final numbers have not yet been shared, but the 4:1 underdog made £5 million ($7.5 million) just for taking part in the fight. After pay-per-view numbers and ticket sales are tabulated, he stands to make over £30 million ($45 million) for his unanimous decision win over Klitschko. Not a bad day's wage for a 27-year-old.

The odds were not as steep as they were for Andre Berto to beat Mayweather, but he was not expected to beat his 39-year-old opponent. Klitschko had not lost since his 2004 fight against Lamon Brewster (5th round TKO).

As good as his take for this fight was, he stands to make even more in the rematch. Klitschko has already activated the clause in his contract that allows him to get a rematch in the event that he were to lose. The fight is expected to take place next May, at Wembley stadium. Just for taking the fight, Fury will make £15 million ($22.7 million). After ticket sales and pay-per-view buys are factored in, he stands to make as much as £50 million ($75.6 million) in what will be the richest fight in British boxing history.

So while the glory in defeating a heavy weight champion that had held the belts for 11 years is great, the pay day isn't half bad either (and will be even better the next time they fight).