Two Years Ago, Baker Mayfield Was Driving For Uber. How Much Will He Make Now?

What a difference a couple of years makes. Baker Mayfield wasn't always a hotshot quarterback. After transferring to Oklahoma from Texas Tech, he wasn't guaranteed a starting job with the Sooners. While still trying to prove himself on the field, Mayfield spent some time working as an Uber driver.

In 2015 and 2016, Mayfield drove around Norman, giving his fellow Oklahomans rides. The average Uber driver gets about two rides per hour. Assuming Mayfield drove about 30 hours a week (and even that might be a high estimate), he made $590 a week, or $30,680 per year. 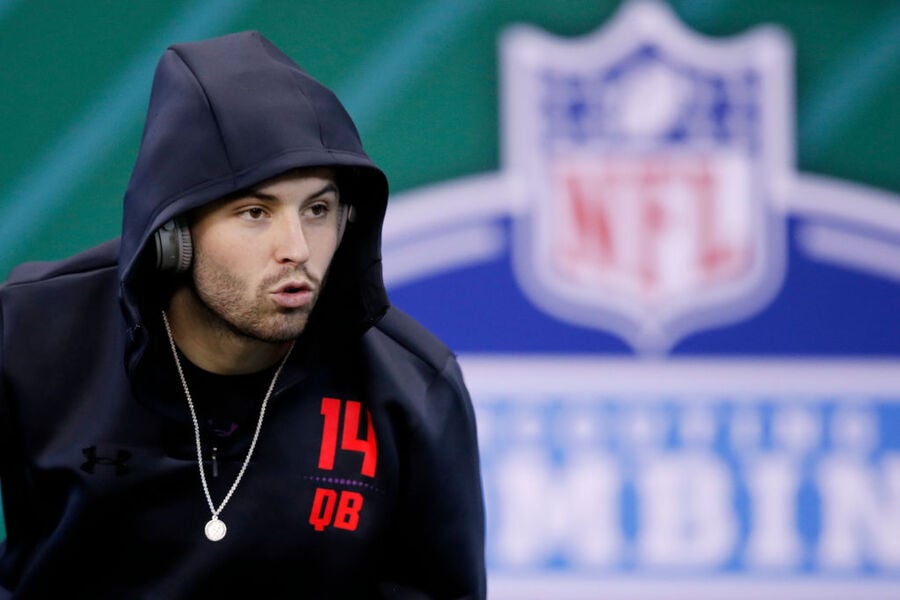 Fast forward to last week, when the Cleveland Browns selected Mayfield with the No. 1 overall pick in the NFL Draft. He'll make about $32.5 million guaranteed over the duration of his rookie contract.

Mayfield joins a Browns team that went 0-16 last year, so there's literally nowhere to go but up. Expectations will be high, but Mayfield's already come a long way.

One fan shared a screenshot of his experience riding with Mayfield. Let's just hope the quarterback's receivers run more precise routes than the one he took here. 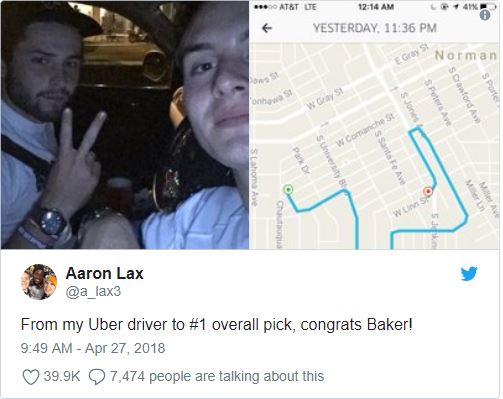