After the Oklahoma City Thunder traded Paul George to the Los Angeles Clippers, it seemed like only a matter of time until Russell Westbrook would get shipped off, too. The biggest problem was finding a team that could match his hefty salary.

Turns out all they needed to do was take back an equally expensive contract in return.

The Thunder will send Russell Westbrook to the Houston Rockets for Chris Paul. Both players made $35.6 million this year; Paul will earn $38.5 million and Westbrook about $38.2 million next season. 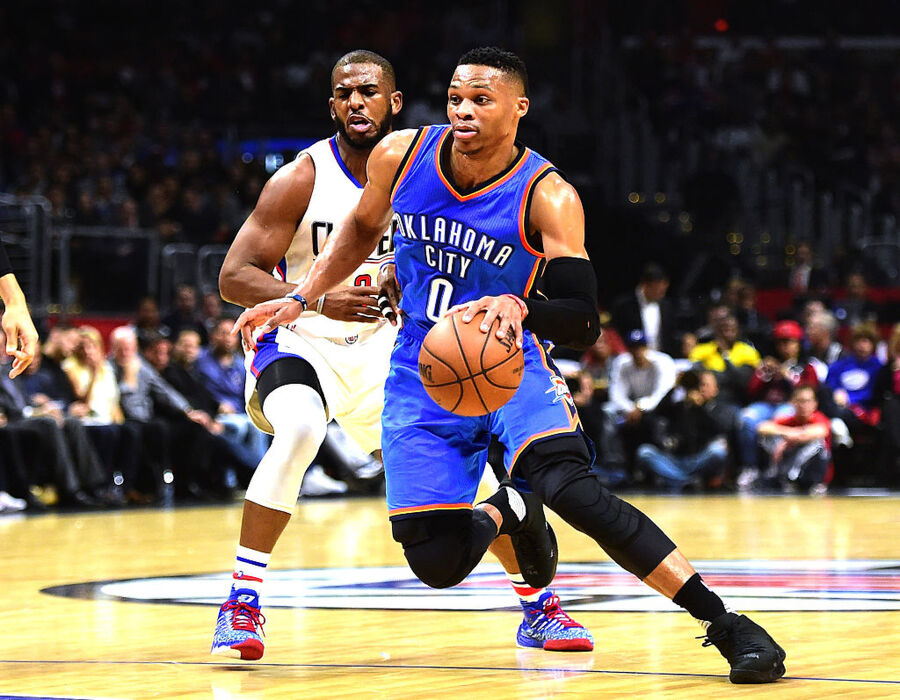 This trade reunites Westbrook with James Harden. The two spent three seasons together in Oklahoma City, reaching the NBA Finals in 2012. Harden signed a four-year extension in 2017 that paid him $228 million guaranteed over six seasons – an NBA record.

Oklahoma City has officially entered rebuilding mode, and they're doing it in style. They've amassed eight first-round picks since the NBA Draft on June 20. At the moment, they could potentially have 15 first-round picks through 2026.

In total, Westbrook still has four years and $171 million left on his contract. The final year is a player option. Paul has three years, $124 million remaining on his deal.

For the Rockets, they gain a point guard four years younger than the one they're losing. Harden and Paul reportedly butted heads several times over their two years together.

Meanwhile, Westbrook and Harden haven't played together in years, but they remain friends and have a strong rapport.

Will that lead to a championship? Houston's championship odds dropped from 10:1 to 7:1 after news of the trade broke, so it certainly seems like a push in the right direction.

Either way, it's the latest move in a summer that's been full of free agents and huge trades. Next year is going to be fascinating to watch.