John Elway had an amazing NFL career. He threw for more than 50,000 yards, an even 300 touchdown passes, and made nine Pro Bowl teams. He rode off into the sunset, too; his final two seasons ended with Super Bowl championships. He was set to retire as a Denver Broncos legend—the only franchise he had ever played for.

Before that retirement happened, while Elway was still playing quarterback in October 1998, Broncos owner Pat Bowlen approached him with an offer:

To sweeten the offer, if Elway agreed to forgo his deferred salary of $21 million, he'd earn another 10% in equity of the team.

To simplify all of the above, Bowlen was offering Elway 20% of the Broncos for $36 million—valuing the team at $180 million.

To sweeten the deal even more, Bowlen gave Elway the option to sell back his interest in the team after five years for his purchase price plus $5 million, if he so desired. Elway would also have the right of first refusal to buy any additional stake in the team, should the Bowlen family sell.

At this point Elway had made more than $50 million during his NFL career and just one year earlier sold his John Elway Autos car dealership to AutoNation for $82.5 million. That deal included an annual licensing fee that Elway would receive for the next decade. So he was flush. 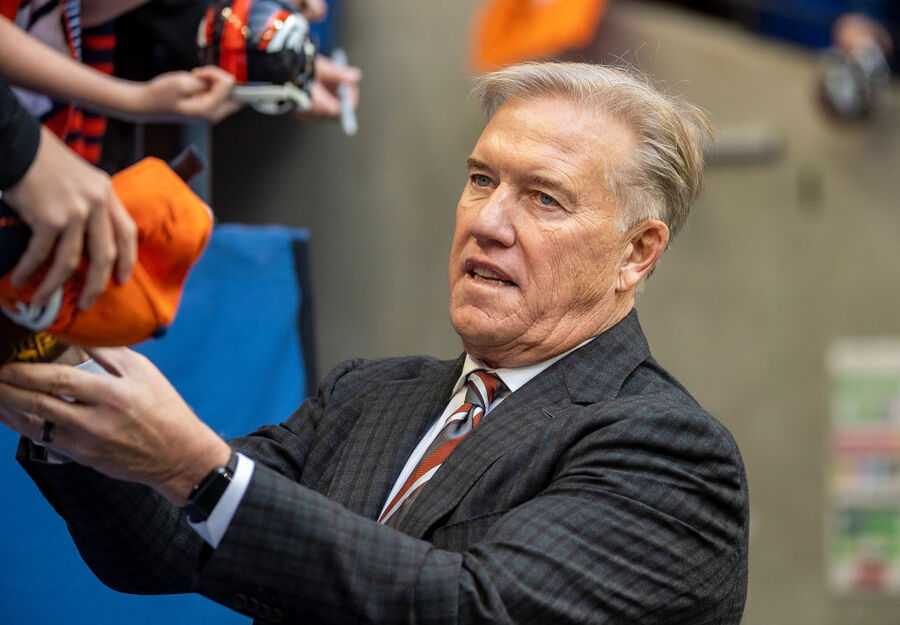 However, Elway said no—he wasn't interested in owning the team. But that's okay; he likely invested that money elsewhere and got a good return…

Oops, actually, he ended up putting $15 million into what turned out to be a $150 million Ponzi scheme. By the time everything was sorted out, Elway was $7 million in the hole.

It's not like the Broncos exploded in value in that time frame, though.

What's that? The Broncos are the most valuable they've ever been right now? Ouch. That's a double whammy.

Within a year, the team was worth around $1 billion.

Unfortunately Pat Bowlen was diagnosed with Alheimer's in 2014. He died in June 2019. Over the last few years the team has been managed by an entity called the "Bowlen Trust" which has been overseen by Pat's seven children. As you might imagine, coming to a consensus on what to do with the team has been difficult when there were seven voices chiming-in.

On Tuesday afternoon (February 1), the Bowlen Trust announced its intention to commence the process of finding a buyer for the team. The Trust has hired a financial advisor and a legal advisor as it explores acquisition offers.

Based on comparable team sales and valuations in recent years, the team is expected to sell for…

You're probably already doing the math on what that means to John Elway's lost 20% stake. At the $4 billion, Elway's 20% stake would be worth…

At $5 billion, Elway's stake would be worth…

And please recall, that 20% would have cost just $36 million.

When the official sale price comes down, John's family may want to steer clear of him for a few weeks…

And here's one more fun anecdote:

Pat Bowlen bought the Broncos in 1984 for $78 million. That's the same as around $210 million in today's dollars after adjusting for inflation. And while a $4-5 billion return on a $78 million investment may SEEM like an amazing return, he could have made more just passively investing in the S&P 500.

As Joe Peta (@MagicRatSF) pointed out on Twitter, had Pat invested $78 million in the S&P 500 on the exact day he bought the Broncos back in 1984, today his Trust would control $5.26 billion: