Aaron Hernandez used to have it all – a $40 million contract from the New England Patriots, Tom Brady throwing him the football, and what appeared to be years of potential success on the field.

But after being convicted of murdering semi-pro athlete Odin Lloyd in 2013, Hernandez has lost nearly all of his money after hiring several lawyers for his criminal cases.

Hernandez was only paid for one year of his now terminated contract with the Patriots, and is spending money on both his lawyer fees and to support his fiancee Shayanna Jenkins and their two-year-old daughter. 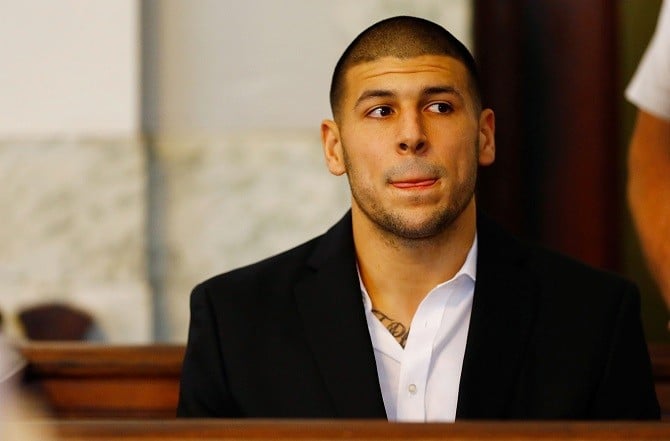 Lloyd's mother, Ursula Ward, has sued Hernandez, who was convicted last month. Ward could make more than $5 million in the case. Hernandez has been prevented from selling his 2005 Hummer and keeping the money by the court. Likewise, Hernandez's $1.3 million house in North Attleboro cannot be sold without the court being notified.

Ward's lawyer, Douglas Sheff, said that the goal now is to find out all about Hernandez's assets. Sheff believes that if Hernandez has someone working trying to sell his vehicle – it showed up in a lot in Wrentham, near Boston – there could be a lot of other moving pieces happening, too. Finding out exactly how much Hernandez has left is the next step, but if Hernandez's attorney is to be believed, it's not much.

Hernandez money woes probably won't end anytime soon, either. He pleaded not guilty to a witness intimidation charge related to a 2012 double murder he's also charged with, where he allegedly shot and killed two men in a car over a spilled drink in a bar.

That 2012 double murder case is still pending; this recent non-guilty plead relates to Hernandez allegedly shooting his friend Alexander Bradley in 2013 a night after Bradley made a remark about the double killings in Boston. Bradley says the shooting resulted in the loss of his right eye.

So in case you were wondering, yes, lawyers are expensive. Particularly if you need an entire army of them.