Prior to October 31 the Chicago Bulls offered soon to be unrestricted free agent Jimmy Butler a four-year deal worth $44 million. Sounds pretty nice for a guy who just finished his first full season as a starter, right? It sounds especially good when you consider he has made just over $5 million in his first four years in the league.

So, why the heck did he turn it down? Easy! Because Jimmy is worth so much more and the Bulls know it. Come July 1, Chicago is expected to offer him a max deal under the current salary cap valued at $90 million over five years—and he is expected to turn it down as well.

Is he crazy? Absolutely not. He knows that within a couple years the Bulls and every other team in the league will have the salary cap room to pay him a whole bunch more. 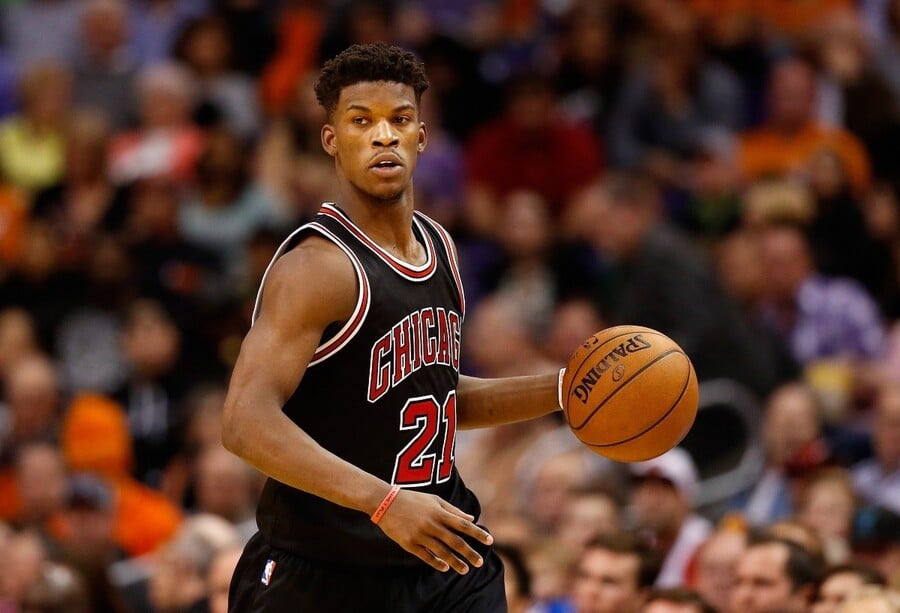 Thanks to the new television deal that the NBA has reached with TNT and ESPN the salary cap is expected to skyrocket from $67 million to $89 million for the 2016-17 season. It is expected to continue to grow from there reaching $100 million within a few seasons.

While $90 million right now is pretty darn nice making $190 million over five years (a distinct possibility in the near future) is a heck of a lot better. But it is kind of a gamble, right? What if he gets hurt? What if someone else explodes and he becomes just another player? What if the sky turns red and no one likes basketball anymore?

There is an inherent risk in turning down any contract, but that is the gamble that players have to take much like owners gamble that a player is going to continue to excel after he signs a mega-deal.

So what happens now?

Teams are going to want to secure their superstars now so does this mean they are screwed. Absolutely not. What teams will need to do with guys like Butler and other notable free agents is sign them to short term max deals with options to opt out of the final year when the salary cap explodes so that they can sign more lucrative long-term deals.

That way the player still gets paid as much as possible now without foregoing the chance to make even more later which will make him happy. As long as the player continues to play like a superstar the owner will be happy too.