Trumaine Johnson Is Going To Make A Lot Of Money This Year, And He Can Thank Josh Norman For That

Los Angeles Rams cornerback Trumaine Johnson had just one interception last year, but don't let that fool you – teams have learned over his five-year career not to throw his way. He's proven to be among the top cornerbacks in the league.

The Rams and Johnson are still worlds apart in agreeing to a new contract, but for now, the team has placed the franchise tag on him. Johnson is set to make $16.7 million this upcoming season. For that, he can thank fellow cornerback Josh Norman.

Last season, the Panthers offered the franchise tender to Norman. He didn't immediately sign it, seeking a long-term deal, and Carolina rescinded the tender. Norman became an unrestricted free agent and signed with the Washington Redskins. Johnson no doubt learned from what happened to Norman and signed his tender quickly. 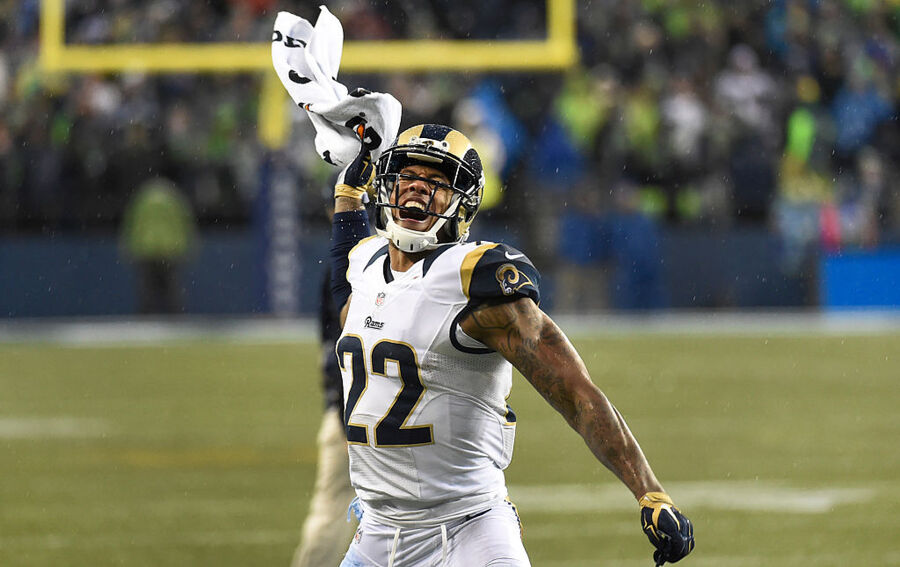 Of course, just because the Rams signed Johnson to a tender, he could still be traded. The Rams are in discussion with several teams about the possibility of a Johnson deal – as a top cornerback in the game, he'd return a significant haul of draft picks. For a Rams team that isn't anywhere near contending, that might end up being a better option.

The Rams also have a new defensive coordinator in Wade Phillips. Phillips does value strong cornerback play, but if the fit isn't right, that could accelerate a trade.

If Johnson has a big season, he'll get a huge payday next offseason. If he regresses in the new defensive scheme, the Rams just spent a lot of money on a failed effort.