Late on Friday, Major League Baseball announced it was suspending Dodgers pitcher Trevor Bauer for two seasons, also known as 324 games, starting immediately. If you're unfamiliar with Trevor's situation, I'll give the basic backstory in a moment, but Bauer is appealing the suspension. If he loses his appeal, this will prove to be the most-expensive sports suspension ever.

Trevor Bauer's suspension was both announced and decided by MLB commissioner Rob Manfred. This outcome was the culmination of an investigation into assault allegations that have dogged Bauer for the last year. Allegations which Trevor has denied.

The first allegation came from a woman who admitted to having a consensual relationship with Bauer beginning in April 2021. This woman admitted that their encounters featured some mutually-agreeable rough sex, but she claimed the encounters ultimately included experiences she did not agree to. This woman claimed that she was choked and punched and eventually lost consciousness.

Again, Bauer denies anything non-consensual occurred and his lawyers have produced text exchanges which do appear to show the woman asking to be choked and slapped.

In August of 2021, The Washington Post published a new set of allegations from a woman in Ohio who apparently had to request a restraining order against Bauer. This woman also alleged he choked and slapped her during sex.

Bauer, through his lawyers, claimed the woman was trying to extort him for money and she eventually rescinded the restraining order request.

As those two legal situations were unfolding, Bauer went on paid administrative leave with the Dodgers, a team he had just recently joined.

On February 5, 2021, less than two months before opening day and the revelation of the first allegations, Trevor signed a three-year $102 million deal with the Dodgers.

Prior to this contract, the 31-year-old had earned roughly $47 million in salary during his baseball career after spending six seasons with the Cleveland Indians and one season with the Cincinnati Reds.

After pitching just 17 games for the Dodgers, on July 2, 2021 Trevor was placed on paid administrative. 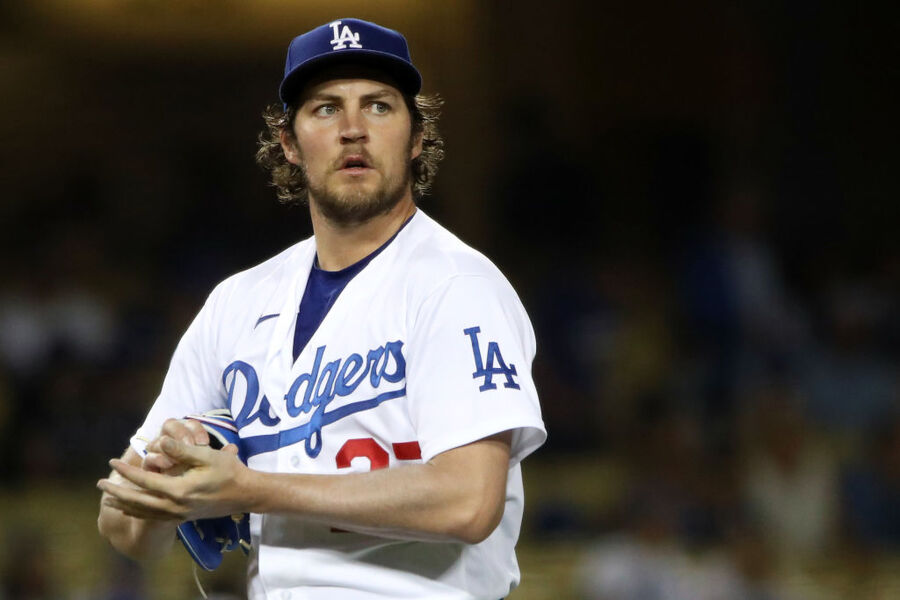 Bauer's timing was somewhat lucky actually. Not only did he sign a massive contract just two months prior, but under a previous bargaining agreement his paid admin leave could have been week-to-week. As in, he could have only been paid a few weeks of his 2021 salary. Instead his leave was extended for the entire 2021 season. As a result, Trevor earned both his full $10 million signing bonus and $28 million salary for the 2021 season. A season in which he pitched 17 games.

It should be noted that Trevor Bauer has not been arrested or convicted of any crime and in February of 2022 the L.A. County District Attorney declined to press charges against him for the April 2021 allegations. For that reason, Bauer is planning to vigorously appeal the suspension. If he wins the appeal, he'll be continue to earn his full salary from the Dodgers and he could be activated for games.

Trevor missed 99 games while he was on paid administrative leave. Because he was paid, those games do not count towards the 324 game suspension.