By Brian Warner on January 6, 2023 in Articles › Sports News

The LA Dodgers had until Friday at 5pm to decide whether they would re-activate their controversial pitcher Trevor Bauer or cut him loose. The team just announced their decision. Trevor Bauer will NOT play for the Dodgers in 2023. Unfortunately for the Dodgers, the excruciating Bauer experience is not quite over. By putting Bauer on "assignment," today they now face another deadline which will determine who picks up Trevor's $22 million salary for the season. The countdown expires at 2pm PST on Thursday.

In case you missed our previous Trevor Bauer coverage, here's a very brief recap of what you need to know before understanding the next steps:

Trevor won the Cy Young award for his work in the 2020 season with the Cincinnati Reds. Upon the conclusion of that season he became a free agent. In February 2021, Trevor signed a 3-year $102 million contract with the Dodgers that came with a $10 million signing bonus and should have made him the highest-paid player in baseball.

Unfortunately, after pitching just 17 games for the Dodgers in the 2021 season, Trevor was put on administrative leave in the wake of sexual assault allegations. He denies the allegations and is even suing one of the accusers for defamation. He's never been charged, arrested or convicted of any crime. Yet, despite the fact that he was never charged, arrested or convicted of any crime, MLB kept Trevor suspended while it conducted an investigation of its own. That investigation lasted a year. Thanks to the MLB player's union's just-updated rules on suspensions, Trevor was paid every dollar of his $10 million signing bonus and $28 million salary for the 2021 season. Under the rules that existed just one year earlier, he only would have been paid for the 17 games he pitched.

In the end, Major League Baseball decided it would suspend Trevor for two seasons. Trevor appealed and got the suspension knocked down to one season. And since he had already served a one season suspension by the time the investigation was over, we find ourselves at the present moment. Trevor Bauer is a Cy Young-winning, perfectly healthy pitcher who is 100% eligible and active for the 2023 season.

There are just two problems:

1) The Dodgers don't want Trevor on the team anymore. His baggage has become poison.

2) Thanks to that fully-guaranteed $102 million contract, The Dodgers are still on the hook for his 2023 salary. A salary which will be $22.5 million after he plays 50 games without pay (a final condition of his suspension).

The Dodgers had until Friday at 5pm PST to make a very difficult decision. They could either:

a) Reactivate Trevor, make him an active Dodger and pay him $22.5 million as a normal member of the team.

b) Release him. This scenario, as we'll detail in a moment, almost certainly would result in the Dodgers paying Trevor $22.5 million to play AGAINST them for another team this season. 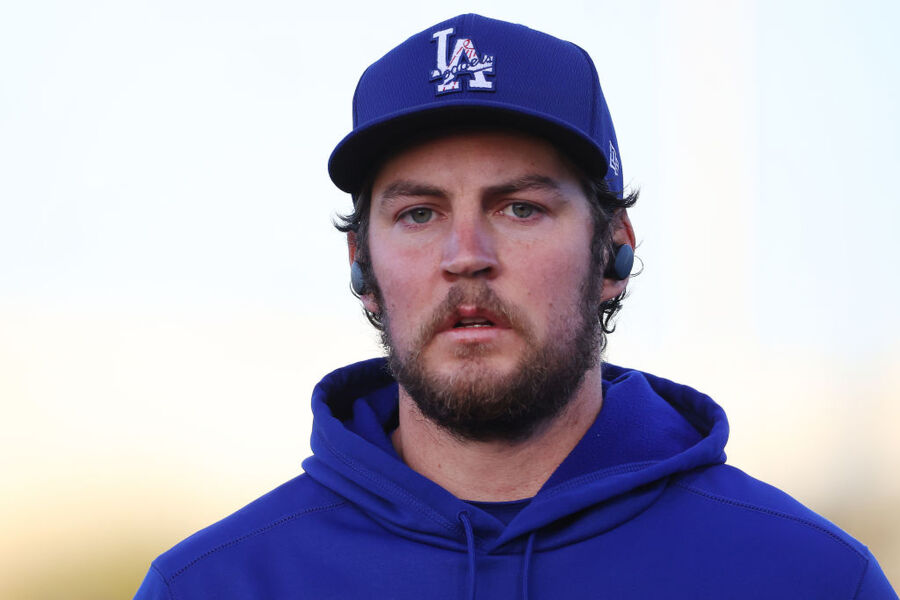 On Friday, just before the 5pm deadline, the Dodgers went with option b). More specifically, the team announced they had put Trevor on "assignment."

It's extremely unlikely that any other team in the league would pay $22.5 million for a player with Trevor's baggage. BUT… there are lots of teams who might take a chance on him if they only had to pay the league minimum salary!

If no team trades for Trevor before 2pm, a very interesting scenario is created instantly. At 2:01 PM any other team in baseball can acquire Trevor's services for the league minimum of $720,000. Why? Because at that point he's already guaranteed $22.5 million in total salary, so if they just pay the league's lowest possible salary, the Dodgers get screwed. Not Trevor.

Trevor can sit back and field offers based on where he wants to live, who he thinks he can perform best with… any factor that matters. Assuming there are offers. And I think there would be many at the $720k rate.

Use Deshaun Watson as a comp. At a time when he was facing dozens of accusations of sexual assault, the NFL quarterback signed a $230 million fully guaranteed contract with the Cleveland Browns. That's $230 million vs. $720k.

Assuming Trevor ends up on another team after the assignment deadline expires, his time in Los Angeles is one for the record books. The Dodgers will have effectively paid him $60 million to pitch 17 games. That's $3.5 million per game played as a Dodger.