Trevor Ariza Is Choosing His Son Over Basketball – How Much Money Will He Give Up?

The NBA restart is still about a month away, but players are making decisions about their futures right now. For some, like the Brooklyn Nets' Kyrie Irving, it's about not taking attention away from Black Lives Matter efforts to fight systemic racism and social injustices. For others, it may be a health concern.

In the case of Portland's Trevor Ariza, he's skipping the shortened NBA season to spend time with his 12-year-old son.

The Blazers' forward has been involved in a custody case over his son. The boy's mother granted a court-ordered, one-month visitation period – occurring when the league planned to resume its season.

Ariza, 34, will lose at least $1 million for not playing in the restart. The NBA's plan is to finish this year's season in a "bubble" in Orlando. The restart features 22 teams playing in a shortened regular season before participating in the playoffs. 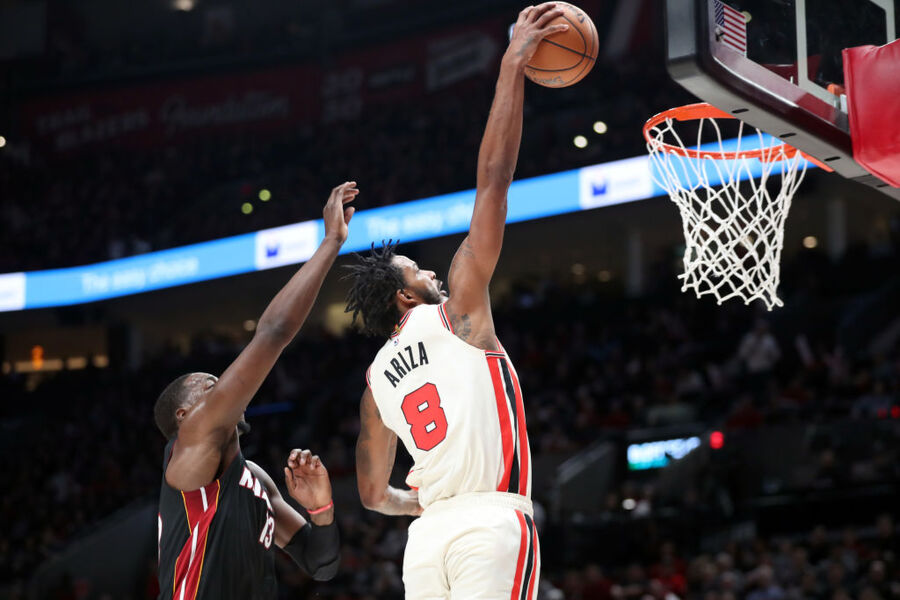 Ariza could lose up to $1.8 million if the Blazers qualify for the playoffs. They're currently tied for ninth place in the Western Conference, 3.5 games behind the Memphis Grizzlies. Teams participating in the restart will play in eight seeding games to determine playoff positioning. If a team finishes within four games of the eighth seed, it'll participate in a play-in tournament.

The Blazers can play their way into the playoffs, but they'll have to do it without Ariza. The forward joined the team in February after the Sacramento Kings traded him. Ariza started in all 21 games he played with Portland, averaging 11 points, 4.8 rebounds, and 1 steal per game. He also knocked down 40 percent of his three-pointers.

Teams must submit their travel parties, from rosters to supporting staff, by July 1. Once a team signs a replacement player, the original player can't return to the roster this season.

Losing a million dollars – and possibly more – will certainly hurt. But Ariza has been in the league long enough to make a great living.

More importantly, he's putting family before anything else.