Trent Williams Just Became The Highest-Paid Tackle In NFL History… How Much Will He Make?

It's safe the say the Washington Redskins are one of the more tumultuous teams in the NFL. Whether it's controversy amidst the team's name, or criticism of the team's quarterback – can you remember the last time Robert Griffin III said anything that wasn't met with a barrage of negative attention? – there's always something going on in Washington. And it's usually not good.

Knowing it should take care of one of its few strengths, the team signed left tackle Trent Williams to an historic deal. Williams, 27, agreed to a five-year, $66 million extension, with $43.25 million guaranteed. That's the highest contract for an offensive tackle in league history.

According to Pro Football Focus, Williams has given up just 12 sacks over the past two seasons. The site also rated him as the best offensive tackle in football in 2013. 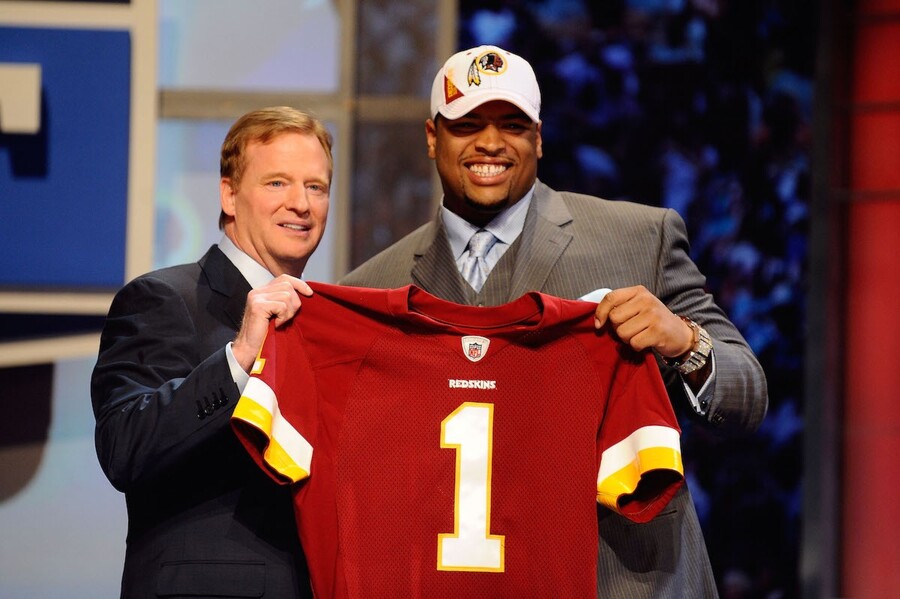 Though he's missed only one game over the past three seasons, Williams played most of last season nursing various injuries. He came into this year motivated to stay in better shape. And he's succeeded so far, losing 20 pounds after changing his diet.

Even with one of the ugliest quarterback situations in the league, at least Washington is attempting to solidify its offensive line. Led by new general manager Scot McCloughan, the team took offensive lineman Brandon Scherff with the fifth pick in this year's draft. That's in addition to selecting right tackle Morgan Moses in the third round last year.

Just as Dez Bryant and Demaryius Thomas signed massive contracts, Williams has set the bar for offensive lineman contracts. While his position often goes under the radar, it's the most important on the field. Regardless of who the quarterback is, Williams is tasked with protecting his blind side. And his fellow linemen will have him to thank if they wind up with equally enormous paydays.