Just as the NBA's free season is kicking of, teams are gearing up to make big purchases as the salary cap has increased from $70 million to at least $94 million. This jump is thanks to a $24 billion TV contract the sport league signed with ESPN/ABC/TNT for the 2016/17 season. Already, the Toronto Raptors have jumped in and signed DeMar DeRozan for another five years at $139 million.

This deal will be the second largest contract in the history of the NBA, surpassing the seven-year, $136.4 million deal Kobe Bryant signed in 2004 with the Los Angeles Lakers. It's still shy of All-Star Damian Lillard's contract with the Portland Trail Blazers last May, which got bumped up to roughly $150 million. DeRozan was eligible for up to $153 million under the new maximum salary rules. 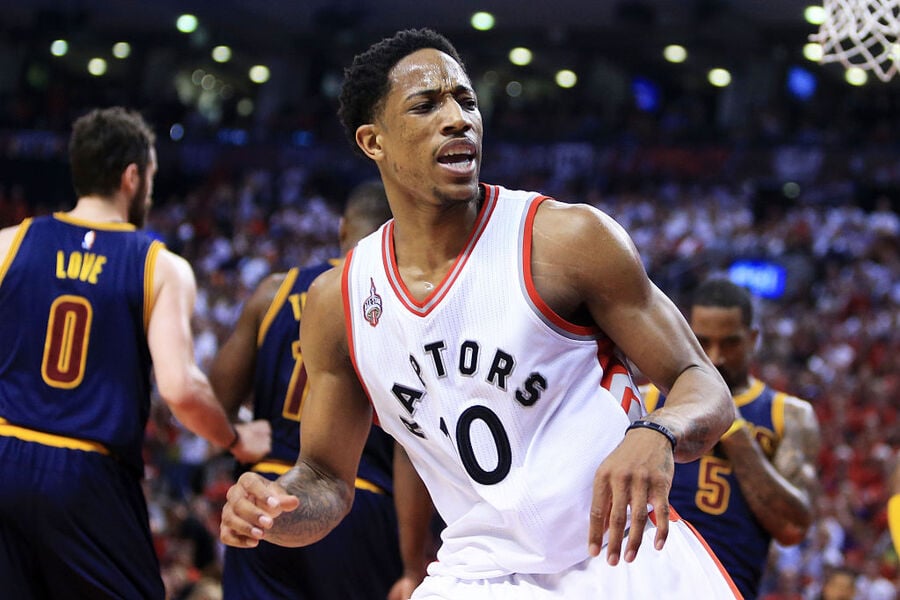 The deal is surprising, considering that DeRozan was rated 24th in player efficiency last season, even though he was only one of eight players in the NBA with an average of over 23 points. Even though his percentage hovered in the low 40s and his defense leaves a lot to be desired, the Raptors are happy to have him for a low annual salary of $27 million. He contributes a lot to the Raptor's success as a two-time All-Star who has never gotten injured. He's shown steady improvement in his career over the past few years. He faces MVP competition from friend and teammate, Kyle Lowry, but he's proven himself as a scorer.

He's also dedicated himself to playing in Toronto, despite interest from his hometown of Los Angeles as well as Miami and Philadelphia. Regardless of whether the Raptors are able to clinch a title, by the time DeRozan leaves Toronto he wants to set the bar high for the next big star to come along.

DeRozan wasn't the only free agent signed overnight. Here's the current list for long contracts, with more expected to be announced in the next few days: