By Travis Pulver on December 3, 2015 in Articles › Sports News

For the last few years, the Toronto Blue Jays have been one of the best-hitting teams in Major League Baseball. Since 2010, they have been among the league leaders in home runs, but while their offense helped them take the AL East for the first time since 1993 (when they won the World Series), they didn't have the pitching they needed to make it to the World Series.

Last season, their pitching staff ranked No. 12 in ERA (3.80). While not bad overall, it was just the eighth best among the 12 playoff teams. Chances are good that the team is going to lose its best two pitchers to free agency and possible retirement (David Price and Mark Buehrle). So, like many teams, they will need to address their pitching staffs during the off-season.

To bolster the roster they have decided to bring back a familiar face—J.A. Happ. 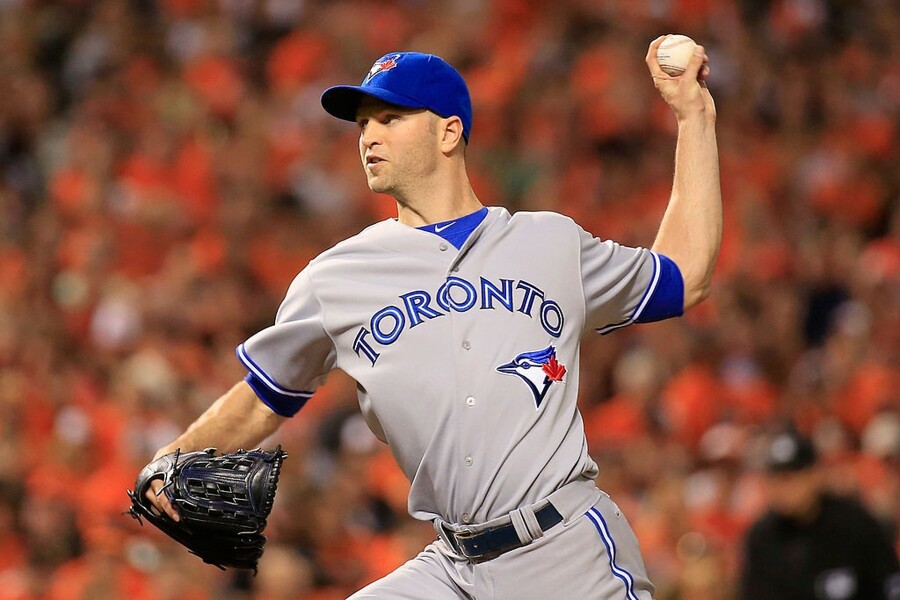 Happ signed a three-year, $36 million deal to come back to Toronto, a team he was with from 2012-14. Last season he spent time with the Pittsburgh Pirates and Seattle Mariners where he earned a record of 11-8 in 31 starts with an ERA of 3.61 (better than three of Toronto's four starters with 20+ starts last season).

Happ has a career ERA of 4.13 and a record of 62-61 in 171 starts. He has spent his career working from one-year deal to one-year deal, and has never made more than $6.7 million a season. The Blue Jays will pay him $10 million next season and $13 million in each of the last two.

So while Toronto is taking a leap of faith in the 33-year old, they are protecting themselves a little in case the not-so-good version of him returns.

What will be interesting to see now is whether the Blue Jays try to make a run at David Price. With three of the five slots in the rotation filled (Happ, Marco Estrada, and R.A. Dickey) and Mark Buehrle possibly retiring the team will be without an ace if it can't resign Price.

It will likely take a nine figure deal worth well over $20 million a season to sign Price.