Right now, there is a kid in a driveway or playground shooting baskets through a hoop without a net, dreaming about being just like LeBron James someday. As he pulls up and hits a 17-foot jumper, he imagines how nice it would be to cash just one of LeBron's paychecks. With time, practice, and a little bit of luck, maybe someday he will.

By the time he does get a chance to cash an NBA paycheck, the amount of money star players will receive will dwarf what LeBron James, Kevin Durant, and Kobe Bryant make now. With new media contracts about to kick in, the current salaries are about to explode. Should the league continue to grow in popularity, in the years to come the next contracts will be even bigger making player salaries even higher. 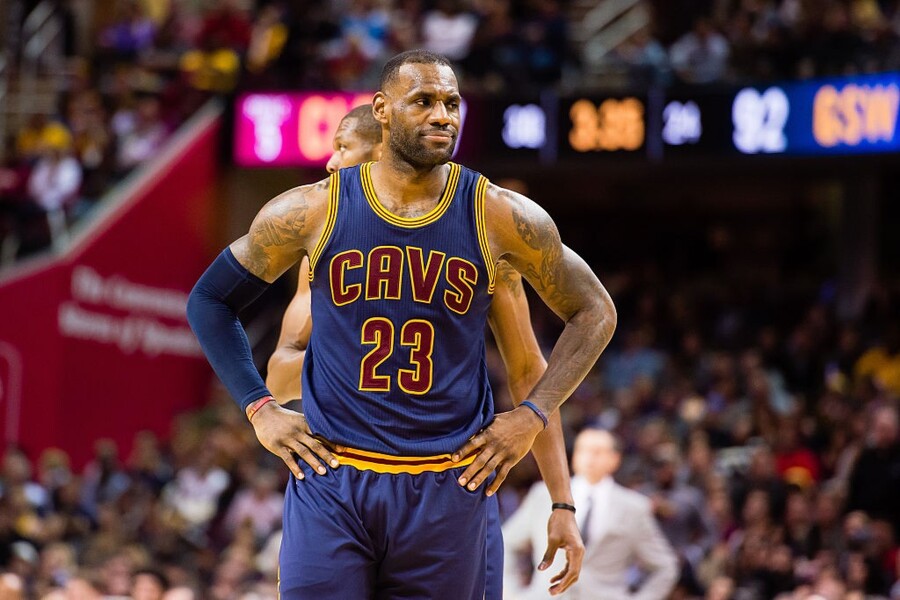 While the salary is good for just about everyone in the NBA (average salary: $5 million; league minimum this season: $525,093 and will increase to $623,646 in 2020) for a couple of guys, their work off of the court pays more than their work on it. For example, in terms of salary alone, LeBron James is the second highest paid player in the NBA, with $23 million of his earnings coming from the Cavaliers. The other $48 million comes from various endorsements.

With $71 million in total earnings, LeBron James is the highest paid player in the NBA, followed by Kevin Durant at $56.2 million, and Kobe Bryant at $50 million. The top ten earners in the NBA are as follows:

When his new contract extension kicks in next season, Anthony Davis will likely end up on the list when his salary bumps up to $29 million/season.

It would not be shocking to see Kevin Durant's total rise, but not likely enough to unseat James from the No. 1 spot. He hits the free agent market at the end of the season, and there will likely be a number of teams willing to offer him the moon to get him away from Oklahoma City.

Until then, LeBron James is still the man in the NBA – the man with the most money, that is.