Title IX ensures that women have an equal chance to participate in college athletics as men, but there is nothing to ensure that when they turn professional, they have to be paired equally. Yes, Britney Griner is a talented basketball player, but good enough to be paid $23.5 million like LeBron James? Absolutely not.

An argument could be made that she is worth the equivalent of San Antonio Spurs reserve guard Jonathon Simmons ($525,093), but until the WNBA starts generating revenue like the NBA, that just isn't going to happen.

That is not to say that women are not well paid when it comes to professional sports. Getting paid a few million to play tennis or kick the crap out of another woman is a lot better than the jobs many women (and men) work every day. So while every woman on the top 10 list of highest paid female athletes would like to see more equality in regards to pay, not a one would give up what they have now.

After finishing in No. 6 in the world last year, she renewed several of her endorsement deals with a healthy increase. She also added a new one, Workday.

Lewis won Player of the Year for the LPGA for the second time in three years last year, and spent time at the top of the world rankings.

This is the first top 10 finish for the popular UFC fighter, and with roles in three big budget movies last year it is no surprise she did as well as did. As her star continues to rise so will her earnings.

Winning three tournaments and making it to a Grand Slam final helped the Romanian pro do quite well last year.

Winning Wimbledon will certainly do wonders for one's bank account, and it certainly did last year for Kvitova. She got $3 million for the win and triggered bonuses from her two big sponsors, Nike and Wilson.

Her top five finish in the world last year helped boost her payout from her sponsor, Adidas, and pick up a new one in Shiseido.

The gorgeous NASCAR driver has been in more Super Bowl commercials than any other celebrity thanks to GoDaddy.com, but her racing future will be in flux at the end of this season since GoDaddy (her primary sponsor) has decided to pull out of racing. Even though she has struggled on the track of late she is still a marketing juggernaut so someone will pick her up.

While her tennis game has made her a celebrity, it is her looks — much like Sharapova — that makes her money. On the tennis court, Wozniacki made $3.6 million last year, but she cleared $11 million in endorsements including a new deal with Godiva chocolates (the first athlete to sponsor for them). 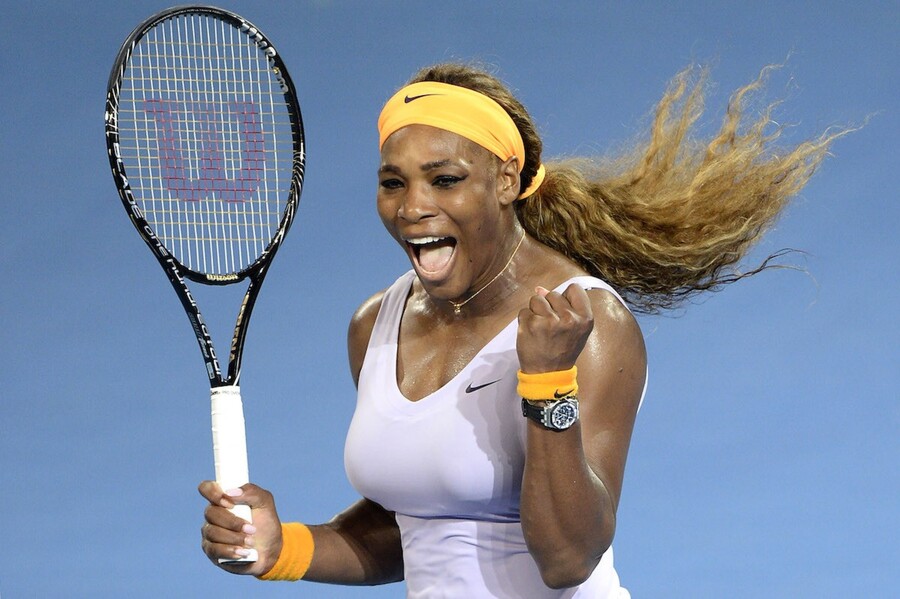 With four Grand Slam titles under her belt, Williams has done much better in on court earnings than Sharapova ($11.6 million), but she does not do anywhere near as well as Sharapova when it comes to endorsements ($13 million). Her portfolio has grown some in the last year, but she has a long way to go before she can catch Sharapova.

This is the 11th year in a row that Sharapova has topped the list of highest paid female athletes. Many of the tennis star's fans may not even be aware that her game is tennis. They may just know her as that gorgeous babe in that commercial they saw while watching that show. Endorsements are where she makes the bulk of her money ($23 million), but she is no slouch on the tennis court either.  She won her second French Open title and pulled in $6.7 million in winnings; close to triple what she made in the previous year after missing half the season due to an injury.