By Travis Pulver on September 4, 2015 in Articles › Sports News

It takes a team of talent to make it to the NBA Finals. Michael Jordan never made it, until the Chicago Bulls got better role players around him. LeBron James left Cleveland in search of it. He found it in Miami and is now trying to do the same in Cleveland, by building a new "Big Three," with Kevin Love, and Kyrie Irving.

Finding a "Big Three" is a strategy that many teams are trying to adhere to in the modern NBA: find three superstars and then fill in the rest of the roster with the best guys available for the least amount of money.

However, not every superstar is willing to do it, since it means they may not be getting a max deal. They'll be getting paid, just not the maximum amount possible. Even then, if the three are not the right three, the team will still suck.

So – what does this mean? It means there are some very good players out there making a lot of money who have not made it to the NBA Finals yet. Tops on the list would be New Orleans Pelicans forward Anthony Davis, who signed a five-year, $145 million extension during the off-season, but since his money is new money, he will be excluded from this list.

Here are the top 10 highest-paid NBA players who have yet to make it to the NBA Finals:

LaMarcus Aldridge (San Antonio Spurs; $21,018,008/season): It would not be surprising to see Aldridge make his first appearance in the Finals now that he is with the San Antonio Spurs. During his time in Portland the closest he came was the 2013-14 season when the Trailblazers were eliminated in the conference semifinal round against San Antonio.

Brook Lopez (Brooklyn Nets; $21,165,675/season): The Nets have been trying to gather the talent that can take them deep into the post season, but have not been able to do so as long as Lopez has been in town. So far he has only made it to the post season twice; both times his team lost in the first round.

Chris Paul (Los Angeles Clippers; $21,468,695/season): When Paul left New Orleans for the Los Angeles Clippers the hope was that the Big Three in LA (Paul, Griffin, Jordan) could turn the Clippers around. So far the Clippers have been one of the most exciting teams in the regular season since Paul joined, but otherwise have not been able to make it beyond the conference semifinals.

DeAndre Jordan (Los Angeles Clippers; $21,904,013/season): Jordan has been part of the same team as Chris Paul – great in the regular season, but can't get it together for the post season. He nearly jumped ship for Dallas during the off-season, but changes his mind and will be trying to make it to the Finals for the first time next season with the Clippers.

Kevin Love (Cleveland Cavaliers; $ 22,642,350/season): Technically, he has made it to the Finals since he was on the roster last season with the Cavaliers, but he was injured and did not play.

Marc Gasol (Memphis Grizzlies; $22,642,350/season): The former Defensive Player of the Year has made it to the post season in each of the last five seasons playing in 53 games. His best season was in 2013 when the Grizzlies made it to the NBA conference finals.

Damian Lillard (Portland Trail Blazers; $24,100,520): A former first round pick, Lillard is one of the best up and coming talents in the league today. He won rookie of the year in 2013 and was instrumental in helping the team make it to the conference semifinals in 2014. They made it to the first round in 2015, but will have a hard time making it to the postseason in 2016 after losing a lot of talent in the off-season. 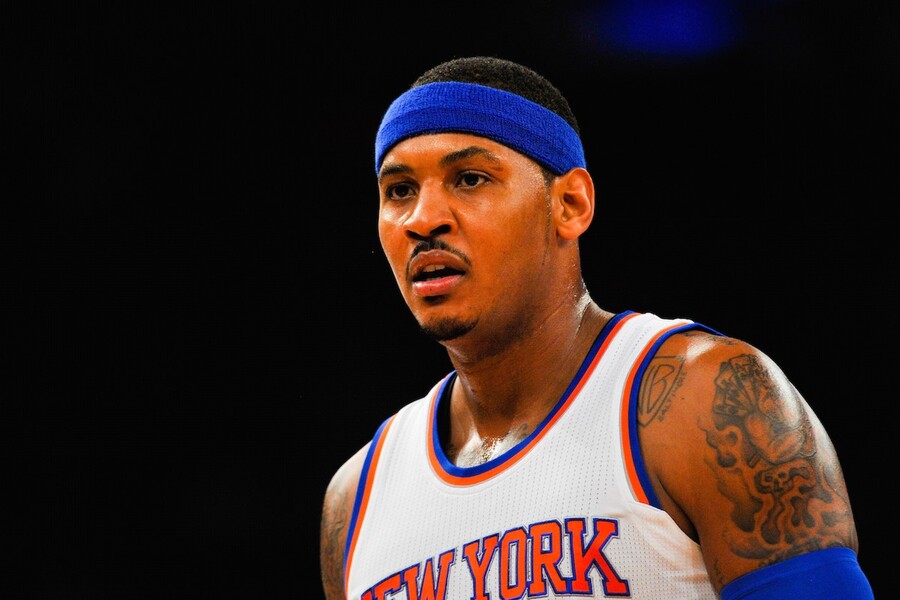 Carmelo Anthony (New York Knicks; $ 24,812,936): When the New York Knicks brought Carmelo Anthony over from the Denver Nuggets the hope was that he could help guide the franchise back to post season glory. So far – it hasn't really worked. Anthony has led the Knicks to the post season three times, losing in the first round twice (2011, 2012) and in the conference semifinals (2013).