Top 10 Most Expensive Stadiums In The World

If you build it, they will come. A voice in a cornfield told Kevin Costner to do it, and sure enough the people came. Sports team owners have been spending small fortunes to build it (stadiums) and sure enough, the people come. Several new NFL stadiums are under construction with $1 billion being the new ground floor for entry.

The Minnesota Vikings are spending right around $1 billion on their new home. The Atlanta Falcons are spending $1.4 billion on theirs, the proposed Chargers/Raiders stadium will cost $1.7 billion, and Rams owner Stan Kroenke's stadium project in Inglewood, California is expected to cost upwards of $1.86 billion.

The home of the Toronto Blue Jays and the Toronto Argonauts seats around 54,000. The Buffalo Bills used to play a home game there. From time to time it also hosts other large-scale events such as conventions, trade fairs, concerts, travelling carnivals, and monster truck shows.

If you are a rugby or soccer fan in France, then chances are you have been to a game at the 80,000 seat stadium. It was also the host of the '98 FIFA World Cup Final.

Also known as Nissan Stadium, this 72000+ seat stadium opened in 1998 and is the home of the Yokohama F. Marinos. It hosted some FIFA World Cup games in 2002 and will play a major role when Japan hosts the Summer Olympics in 2020.

The home of the New York Knicks is almost as iconic as the team that plays there. MSG as it is called has been around since 1968 and hosted so much more than just basketball games over the years including the first Wrestlemania. Construction costs in '68 were $123 million, which equates to $776 million today. Add on the $322 million spent on renovations in 1991 and you get $1.098 billion. It is currently in the process of being renovated again (expected costs $800 million).

Like most NFL stadiums, this one plays host to a number of college football events (among other things) along with the home games for the San Francisco 49ers. When it opened in 2014 it was blasted for having a poor field, forcing the team to replace the sod before the season began, and has been criticized for a lack of shade.

This 90,000 seat stadium is the largest in the UK, but only the second largest in Europe. Built on the site of the original Wembley Stadium, it has hosted a variety of events including soccer games, rugby league and union matches, boxing, American football, concerts, and so much more.

When it opened in 2009 it quickly became known for its enormous video screen that the occasional punter would hit during games. The primary purpose of the 85,000 seat stadium is to play home for the Dallas Cowboys, but owner Jerry Jones hosts anything and everything there from the Super Bowl to concerts to basketball games, motor cross, and college football games

Built back in the 1970s for the '76 Summer Olympics it was home for the Montreal Expos for a time and has played host to soccer, football, concerts, and trade shows, but currently does not have anyone calling the 66,000 seat stadium home. The original cost was $264 million, but when you adjust for inflation, the number rises to $1.47 billion.

The home of the New York Yankees opened back in 2009 and seats around 49,000 fans. Many were leery about it because it meant leaving the original Yankees Stadium, the House that Ruth Built. Once it opened, however, any issues were quickly forgotten.

The home of the New York Giants and New York Jets opened back in 2010 and seats around 82,000 people. While its primary use is for football, it has been used for other things (i.e. Wrestlemania). 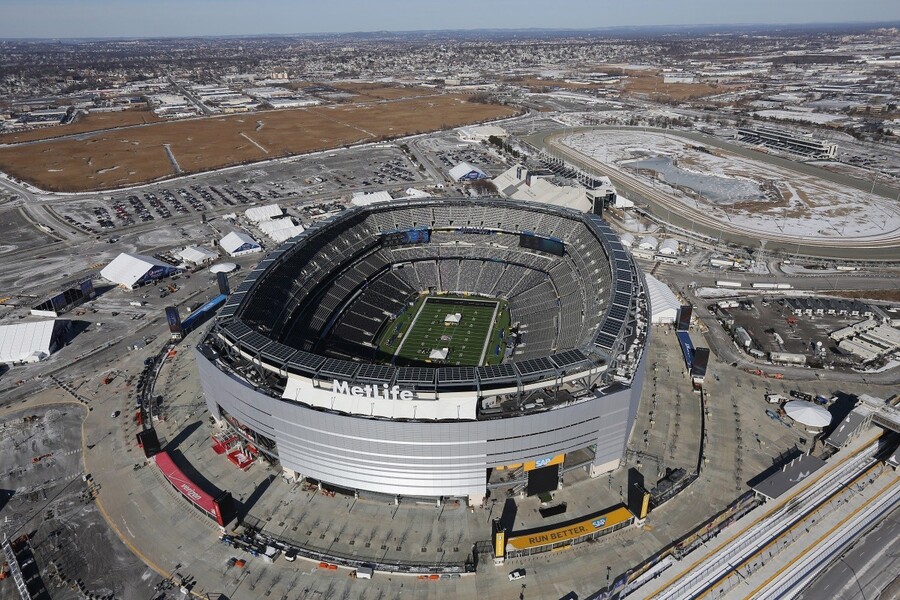 John Moore/Getty Images
Did we make a mistake?
Submit a correction suggestion and help us fix it!
Submit a Correction