Tony Romo has constantly been criticized throughout his career, whether it's people pointing at his injury history, his lack of postseason success, or a variety of other statistics.

Of course, it's silly to blame disappointments on one player in a team sport, but that's what Romo faced. It's certainly not very fair, since he has put up solid numbers over his career. He's thrown for nearly 35,000 yards, has a better than 2:1 touchdown to interception ratio, sports a 97.1 career quarterback rating, and has put together a 78-49 regular season record. Since becoming a starter in 2006, he's had a higher passer rating in the fourth quarter than any other quarterback in the league.

Oh, and he's also made more money than any other undrafted player to ever take a snap in the NFL. Romo has earned a bit more than $127.4 million over his 14-year career. That's about $40 million more than the second-highest undrafted earner, OT Jason Peters, who's made around $87 million for his career. 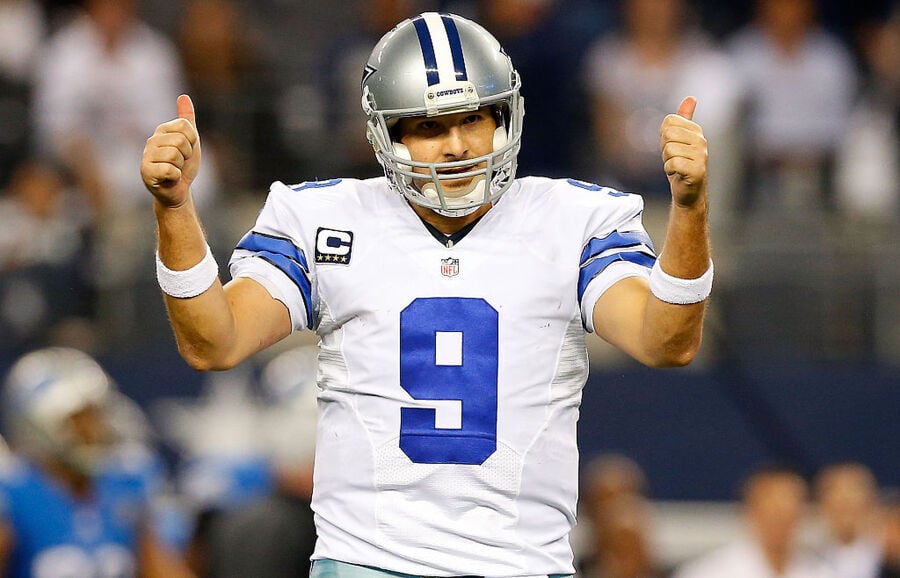 Perhaps even more spectacularly, Romo has also made about $40 million more than another Cowboys quarterback legend, Troy Aikman. Over 12 years in Dallas, Aikman made about $88 million, adjusting for inflation.

Regardless of your feelings about Romo's on field performance, that's a pretty terrific accomplishment. He went from undrafted rookie to someone who's earned more than any other fellow undrafted player.

That's why Romo's current situation has been so difficult for the Cowboys. He's clearly provided them with his best years, and they want to make sure he's going where he not only has a chance at being a starting quarterback again, but where he could potentially have postseason success.

However, the Cowboys are having a tough time finding trade partners, and they ideally would like to get something in return for him. They believe he has a couple of strong years left in him.

It is possible Romo could even return to Dallas as a backup again. While Dak Prescott hasn't missed any time, the Cowboys only need to look at other situations around the league: Minnesota, Oakland, and Tennessee all lost their starting quarterbacks to injury and it affected their success greatly. If an injury did occur, the Cowboys would feel a lot better having Romo has their backup than someone on the level of Brandon Weeden or Matt Cassel, who filled in for Romo in the past few seasons when he missed games.

For now, Romo will just have to sit and wait until he finds out what his fate will be. But don't be surprised if he earns several million dollars more before he hangs up his cleats.