Tony Bennett Turned Down A $500,000 Raise So The University Of Virginia Could Start A Career Program Instead

The year 2019 has been an exciting one for Tony Bennett. He coached the University of Virginia Cavaliers to a championship, the team's first Final Four appearance in 35 years. This came just one season after the Cavaliers suffered the biggest upset in NCAA Tournament history, a 20-point blowout against the 16-seed UMBC Retrievers.

Naturally, the university hopes Bennett will stay with them for a long time. So this summer, Virginia offered its coach a raise worth half a million dollars – and Bennett turned it down.

Bennett credits his wife Laurel for the idea. She asked how their family could make a difference – providing back to the university is right in line with that. 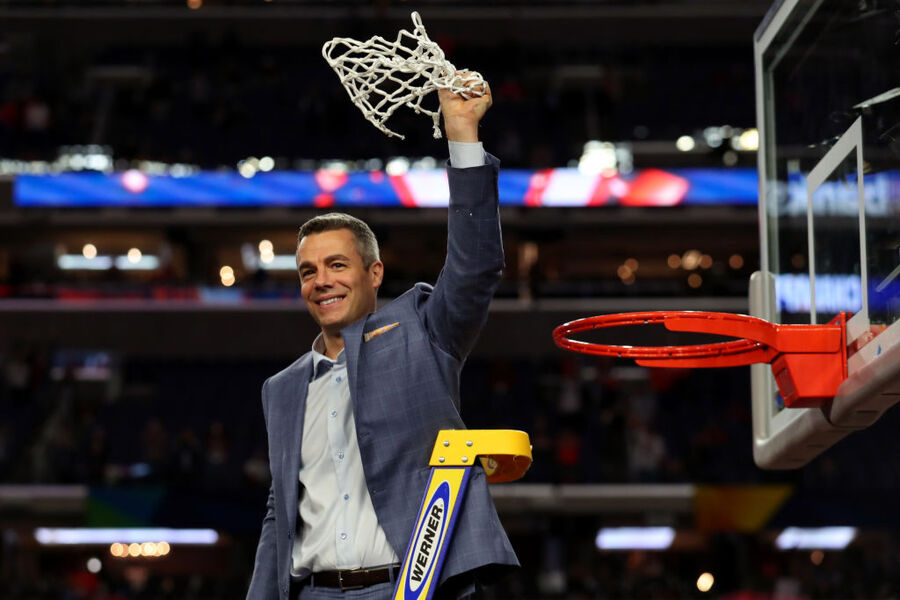 The Bennetts' generosity will also allow other Virginia athletics programs to thrive. A fundraising project is already underway to build a new football operations center and a new Olympics sports center.

The sports center will feature a Center for Citizen Leaders and Sports Ethics. That's part of a university-wide program where athletics and academics come together to provide opportunities in career, leadership, personal development, community engagement, and academic achievement.

Is giving up half a million dollars short-sighted? Not for Bennett, who's entering his 11th year as Virginia's men's basketball coach. He's at peace with how much he's made, which includes $4.15 million last year. He says he sees "the big picture" of what the university is trying to do, and wants to contribute how he can.

He restructured his deal to add another year, keeping him in Virginia for at least seven more seasons. The Cavaliers have made seven NCAA Tournament appearances in his ten seasons.

Perhaps nothing will top Bennett and the Cavaliers winning a championship just 12 months removed from a humiliating NCAA Tournament upset. But this is a pretty impressive encore.