Tom Brady is on his way to Houston to take on the Atlanta Falcons in Super Bowl LI. Brady will be seeking his fifth Super Bowl title, which would put him at the top of the all-time list for Super Bowl wins by a quarterback. But even before he plays the game, he's already topped a different list (albeit a slightly less satisfying one).

According to the NFL Players Association, Brady led the entire NFL from March-November 2016 in total merchandise sales. Brady joins teammate Rob Gronkowski (9) in the top 10, and Julian Edelman rounds out the Patriots' top 50 presence at number 26.

This isn't the first time that Brady has led the league in this area. In fact, last season he edged out Peyton Manning for the number one spot, even with the dearly loved Manning in the midst of his retirement tour. But what makes the victory this season so impressive is that through much of the time period when he led everyone in sales, he was in the midst of Deflategate and the subsequent suspension. It seems like nothing can hold this guy back! This year, he was closely followed by two Dallas Cowboys: rookie sensation Ezekiel Elliott (2), and Dez Bryant (3). 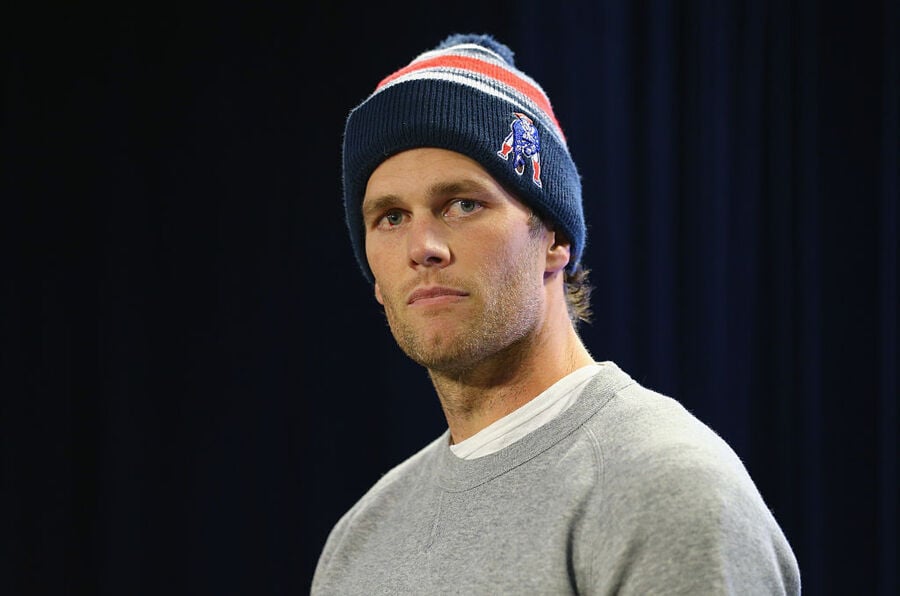 Brady's overall merchandise victory comes primarily from leading the entire league in both jersey sales and Nike collegiate jersey sales. He also took the top spot in the sale of OYO Sportstoys figurines.

Elliott's spot at number two overall is the best any rookie has done since early 2015 when Johnny Manziel held the top spot for a time. The Cowboys running back joins four teammates in the top fourteen, making Dallas one of only two teams with five players in the top 50. The other team is Seattle, whose highest ranking player is Russell Wilson at number six.

Odell Beckham Jr. placed fourth on the list, taking a boost from jersey sales (for both humans and pets!). Carson Wentz, rookie quarterback for the Eagles, took the fifth spot, leading all players in the sale of hats, kid's jerseys, and pet jerseys.

The Atlanta Falcons, who are set to challenge the Patriots in an effort to win the franchise's first ever Lombardi Trophy, only had one player in the top 50. Their outstanding wide receiver, Julio Jones, placed 31.

Obviously, merchandise sales don't have any bearing on the outcome of the Super Bowl. At least, the Falcons had better hope not, because otherwise they're toast!