15 months after "Deflategate" first became a term, we're still talking about it.

In case you need a quick reminder: last year, en route to their fourth Super Bowl, the New England Patriots beat the Indianapolis Colts 45-7 in the AFC Championship Game. The Colts suggested the Patriots were using balls that were deflated past the legal PSI, there was a big, drawn-out investigation by the league, Tom Brady destroyed a cell phone, documents were likely mishandled and misinterpreted, and the whole thing clouded both the off-season and the start of the following season.

In the end, the league came down with a four-game suspension for Brady, a harsher penalty than former Ravens running back Ray Rice received for punching his wife, yet not nearly as bad as the season-long suspension (reduced to 10 games) that Browns receiver Josh Gordon got a few years back for marijuana use. Brady appealed the suspension and got it knocked down from four to zero games, then went on a rampant tear throughout the league to begin the 2015 season, dropping 323 points en route to a 10-0 start.

Well, the U.S. Appeals Court recently reinstated Brady's suspension, and he'll miss the first four games this season (though he could always look to appeal again). Even by missing the first quarter of the season, he'll save himself $2 million, thanks to a shrewd contract move he made in March. 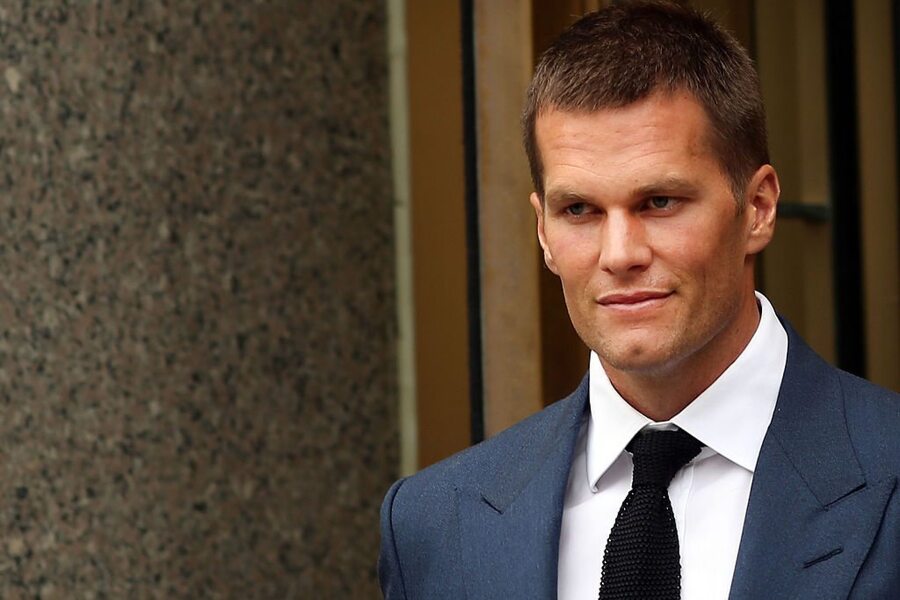 Brady and the Patriots renegotiated his deal to go from $9 million a year to $1 million a year in base salary. A player with at least 10 years in the league is required to make at least $985,000, so Brady's new deal is essentially paying him the league minimum.

Don't feel too bad for the future Hall of Famer, though: Brady made up a ton of that money in a $28 million signing bonus. And since the NFL takes a prorated amount of a player's base salary for each game missed due to a suspension, this move looks genius. The Boston Globe's Ben Volin reported that with his new salary, Brady will only lose $235,294 from his suspension. If he still had his old deal, he would have given up $2.118 million.

Of course, this all only happens if the suspension sticks this time around. While the Patriots may have made their deal simply for financial savings, it's not a stretch to think they did it knowing a four-game ban was around the corner. After all, they're probably the most prepared team in the league.

For Brady, who is signed with the Patriots through the 2019 season, it ends up saving him nearly $2 million in lost salary. Not too shabby.