Tom Brady Is Six Times Richer Than Patrick Mahomes Heading Into Super Bowl LV. But That Won't Be The Case For Long…

By Brian Warner on February 6, 2021 in Articles › Sports News

Tom Brady and the Tampa Bay Buccaneers are about to face off against Patrick Mahomes and the Kansas City Chiefs in Super Bowl LV. Going into the game, Tom Brady has six Super Bowl championships out of nine appearances (LV will be his Xth). Patrick Mahomes is returning to the Super Bowl looking to notch his second-straight championship. Tom Brady is 43 years old. Patrick Mahomes is 25. On the day Patrick was born – September 17, 1995 – Tom was a month into his freshman year of college. Tom is just seven years younger than Patrick's dad, former major league pitcher Pat Mahomes. Tom won his very first Super Bowl on February 3, 2002. Assuming they watched the game together, a) Patrick was seven and b) his dad, Pat Sr. still had TWO more seasons of professional baseball left to play.

Clearly there are lot of fun comparisons to make with these two super stars. But since this is CelebrityNetWorth, obviously we should take a look at their current net worths:

So, as you can see, going into the game Tom could literally buy Patrick six times over. He'd actually have $10 million to spare.

That's today. I'm not so sure there will be such a startling chasm by the time Patrick is Tom's age… 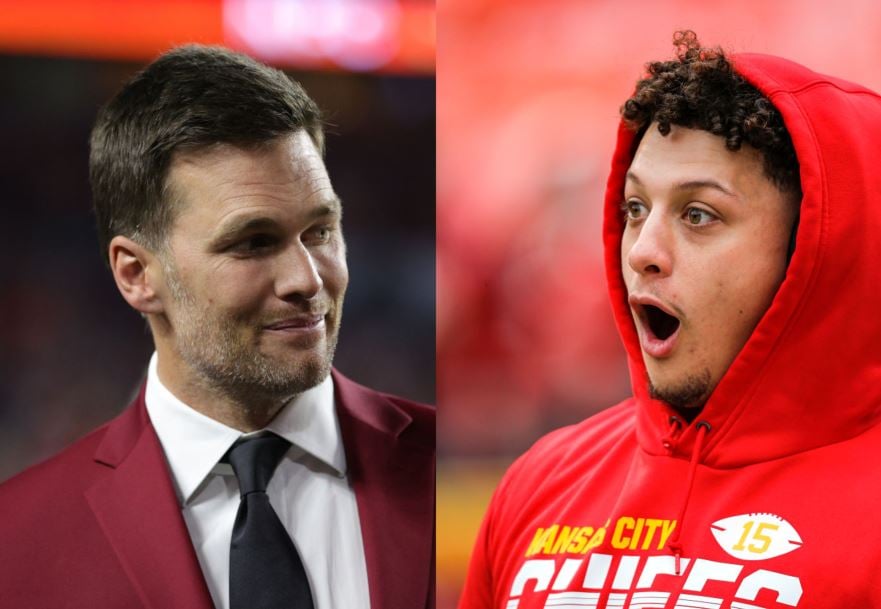 In 2017 when he first joined the NFL, Patrick signed a four-year deal with the Chiefs that was worth a total of $16.2 million. The contract was fully guaranteed and came with a $10 million signing bonus.

The moment the Super Bowl ended last year (with Patrick the 24-year-old MVP champion), he became eligible for free agency.  On July 6, 2020 Patrick and the Chiefs revealed that they had agreed to what can only be described as an astronomically enormous contract extension. Here are the highlights of the contract:

If Patrick hits every milestone in this contract, in 10 years – when he'll still only be 35 – his NFL career earnings will be roughly $511 million.

Let's say he "only" plays until he's 40 (four fewer years than Brady will have played when he finally retires). Even using conservative contract numbers from today, he'd likely earn $25 million per year over those four years. So tack on another $100 million. Add it all up and Patrick will likely retire with around $600 million in NFL salary earnings.

We haven't talked about endorsements yet. After last season's MVP performance, Patrick signed lucrative deals with dozens of companies, notably Oakley, DirecTV, Adidas, Madden, Hunt's ketchup (no relation to the Hunt family that owns the Chiefs, Patrick is just famously a huge fan of ketchup) and State Farm.

Let's say Patrick earns an average of $20 million per year from endorsements over the next ten years. And let's be conservative and say that's all he earns for the rest of his career. That will tack on another $200 million.

Add it all up and Patrick's salary + endorsements will be around $800 million.

In August 2020, it was revealed that Patrick had acquired a minority stake in the Kansas City Royals baseball team. The Royals are worth around $1 billion today.

If Patrick was given the opportunity to own just 1% of the Royals today that stake would be worth $10 million. But let's pretend for a moment the opportunity is bigger. Let's assume over the decade Patrick is given the chance to buy up to 10% of the Royals. If he owns 10% of a team that's worth $2 billion in 10 years, that would be an extra $200 million in pre-tax net worth for Patrick.

When added with his roughly $800 million in other earnings, Patrick will have pulled down around $1 billion within a decade.

If he has a decent accountant and financial advisor, it's not unrealistic to imagine a world where Patrick Mahomes retires from the NFL with a net worth of $500 million. If true, that would be exactly 2X Tom Brady's current net worth.

There's one caveat in this whole conversation about net worths. A gorgeous, leggy, Brazilian caveat… 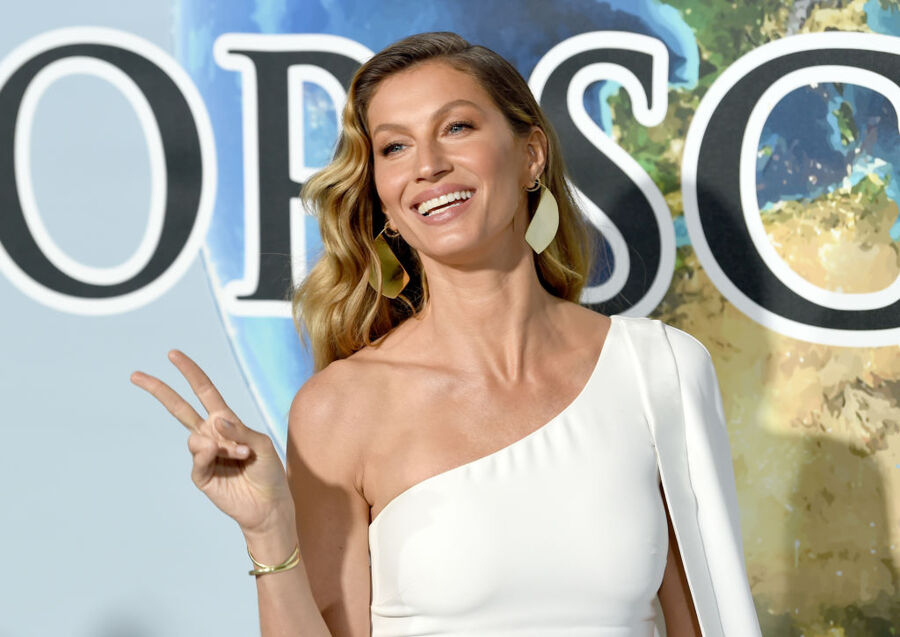 If we're going to talk about net worths, we should probably talk about Tom's supermodel/entrepreneur wife Gisele Bundchen.

With a current net worth of $400 million, Gisele could buy one Tom Brady plus THREE Patricks right now and still have $30 million left over.

It's been 20 years since Gisele first topped the fashion world and she's still raking in superstar-level cash. Between endorsements and her own products, namely a line of sandals called Ipanema, Gisele still makes around $40 million per year with no slowing down in sight.

Assuming Tom and Gisele go the distance as a couple, and assuming Gisele continues on her entrepreneurial world domination, their combined net worth will likely approach $1 billion eventually. And I wouldn't exactly count Tom out in the future-earnings department. His TB2 brand is really just getting off the ground and we have no idea how he's going to spend his retirement years. Maybe he'll go the Michael Jordan route and earn exponentially more money in retirement than he did as a professional athlete.

But for now, going into the Super Bowl we have the following fortunes: