Whether you love or hate Tom Brady, you can't deny one thing: the man is good at what he does. Ever since the former sixth round pick took over the starting quarterback role for the New England Patriots, his team has been among the best in the league. While he has played with some talented guys, for the most part he has done it with an ever changing collection of skill players.

So it can't be said his success is because he had a couple of great receivers and a stud running back. It's been all him.

In a perfect world, he should be the highest paid player in the NFL. He certainly deserves it, but instead he has been the biggest bargain in the NFL. Last year he only made $8 million, which puts him among the lowest paid starting quarterbacks in the league. The only starters who earned less were Blaine Gabbert, anyone that played for the Houston Texans, and guys still under their rookie contracts.

He was slated to make $9 million next season and $10 million the next, but after signing a two-year contract extension that has probably changed. Details of the new extension have not been released, but it is likely that he lowered his base salary to give the team some more cap relief. 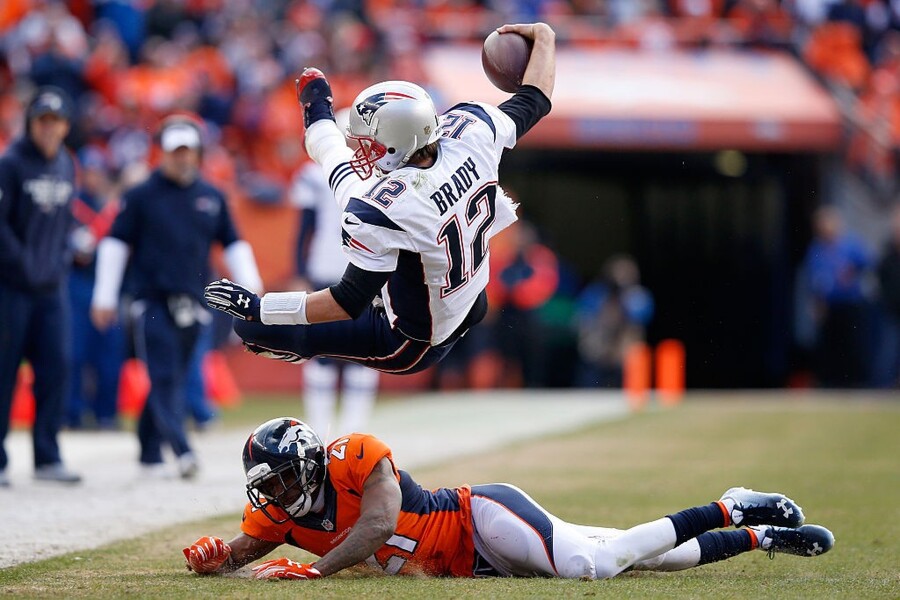 However, as in years past, he is probably not doing it out of the kindness of his heart and a desire to give the team a hometown discount. More than likely, his new contract is loaded down with bonuses (like his last extension) that will make up for his low base salary.

Brady has been playing under a five-year contract he signed in 2010, but thanks to the three-year extension he signed in 2013, his salary was shifted around to give the team some salary cap relief. From 2013 to 2015, he only made $11 million in base salary – less than what most starting quarterbacks make in a single season.  However, he made up for it with a $30 million signing bonus and $4 million in roster bonuses.

This extension could also be Brady's way of making sure he doesn't have to pay too much of a fine, should the NFL win its Deflate Gate appeal. Under his old salary, he would lose $2.11 million due to the four-game suspension. It would not be shocking if his 2016 base salary was the veteran minimum of $985,000. That way, a four-game suspension would only cost him $231,000.

Of course, should this bonus be as hefty as the last one, the last two years of his contract will have some big salary cap numbers, but with the salary cap expected to be around $180 million, the team will be able to handle it.

Whether or not Brady makes it to the end of his new extension remains to be seen. He lost one season to injury, but has otherwise been relatively injury free during his career. However, as the body gets older, it takes longer to recover from the wear and tear football puts on it, making it easier for a player to get injured.

Should Brady actually make it to the end of his extension he will be 42, and will become one of only four players to spend 20 seasons with the same team.