Together, Michael Jordan And Nike Have Made More Than A Billion Dollars

It's hard to imagine a time when Nike wasn't synonymous with Michael Jordan. Jordan has a long line of shoes sold by the apparel company, he's starred in numerous commercials for them, and Jordan's "Jumpman" logo is just as recognizable as the Nike swoosh.

Yet, in the early days of his career, Jordan wanted nothing to do with Nike.

While at the University of North Carolina, Jordan wore Converse sneakers. In the mid-80s, Converse was also the official shoe of the NBA, and Reebok had recently launched to rave reviews. However, Jordan was eyeing Adidas. At the time, Adidas was making 50 percent more revenue than Nike. It seemed like the perfect fit.

Luckily for Jordan, he had a few other supporters in his corner giving him a gentle nudge toward Nike. 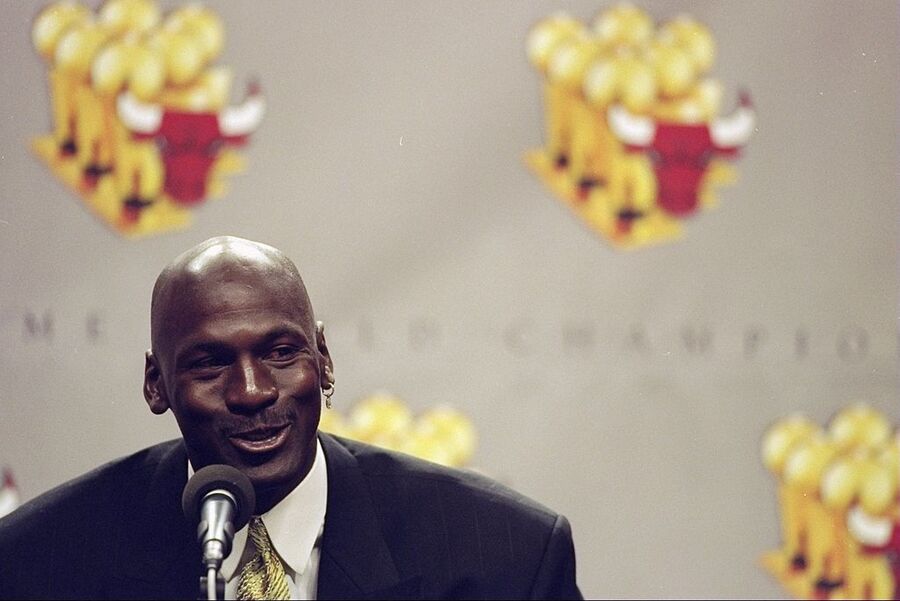 One was his agent, David Falk. Falk worked at an agency where Nike mostly represented tennis players. He liked the idea of treating Jordan as if he were playing an individual sport, rather than a team game. He told Jordan to listen to what Nike had to say – which included his own signature shoe. Falk threw out the name "Air Jordan," and…well, that's got a nice ring to it.

Jordan also took the advice of his parents. As he explains in The Last Dance documentary, Jordan's mother Deloris encouraged him to visit the Nike campus, saying he had to give them an opportunity. After hearing the pitch, Michael's father, James, said he would be a fool not to work with Nike.

Nike and Jordan agreed to a five-year deal worth $500,000 per year. Within the first year of the debut Air Jordan sneaker, Nike had sold $100 million worth of shoes.

Last year, Jordan made about $130 million from Nike. In total, he's earned $1.3 billion since partnering with that little-known company from Beaverton, Oregon.

The relationship is mutually beneficial, of course. Nike's past year revenue is $40 billion – 43 times the revenue the company made before signing Jordan. And Jordan's success has paved the way for other successful endorsements.

In fact, Baller Shoes DB reports nearly 77 percent of players in the NBA are wearing Nike or Jordan Brand sneakers.

Jordan has set the bar for endorsement deals. And he almost didn't even have a meeting with Nike. Maybe Spike Lee was right after all. It's gotta be the shoes.