To say that Tiger Woods is playing terribly may be an understatement. We all know that Tiger has failed to win a major championship since that infamous November night in 2009, when he crashed his Escalade into a fire hydrant, setting off a whirlwind of revelations about Woods' extramarital affairs that ultimately led to his wife filing for a divorce in 2010. But as recently as 2013, when he won the PGA Player of the Year award, Tiger was playing relatively well, albeit without a major win. But it appears now that Tiger has hit rock bottom. Tiger's performance at the U.S. Open at Chambers Bay earlier this month was, quite literally, his worst performance (36-hole score to par) as a professional – at any tournament. Only three golfers had scores worse than Tiger's, and one of them was a 15-year-old amateur. Tiger's terrible play is bad enough. What's worse is that his play is now affecting the bottom line of his most prominent sponsor, Nike, and of golf retailers' nationwide. How?

Nike chooses the clothes that Tiger is to wear for major events – an entire year in advance. Retailers, in turn, must order shirts six months ahead of time. The issue they face now, as a result of Tiger's 2009 scandal, paired with his lackluster play, is that fewer retailers are ordering his gear. The owner of a prominent golf apparel and equipment website says that in Tiger's heyday, his site used to sell 500 of Tiger's Nike shirts on a daily basis during a major. That number has now dropped to 50, according to the owner. The vice president of another golf apparel and equipment shop says that there has been a nearly 70 percent drop in sales of Tiger Woods apparel since the scandal in 2009. 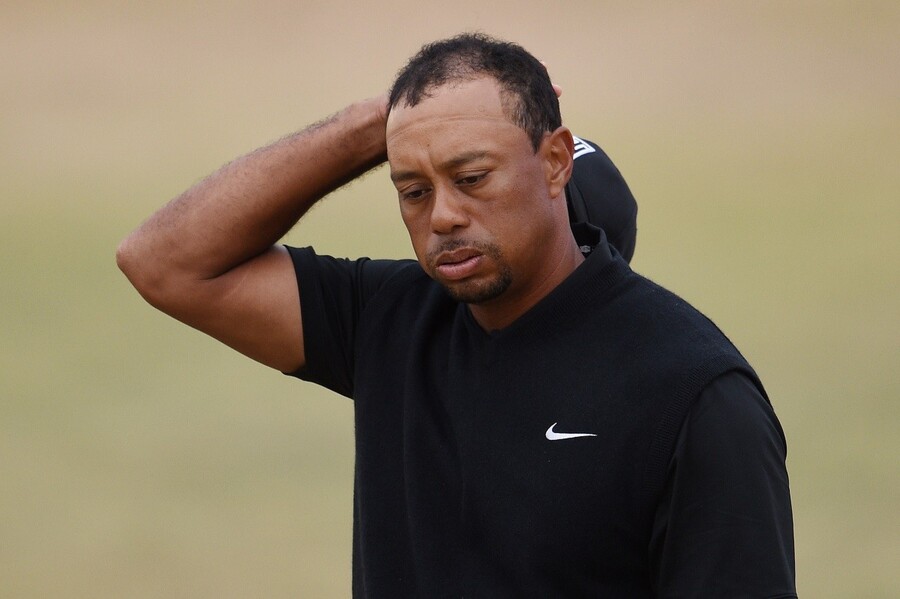 In addition, retailers were incensed when Tiger chose to play at The Masters and The U.S. Open, not in his newest TW'15 model, but a model from four years ago. Nike Golf released a statement via Twitter that said a change in Tiger's swing forced the change in shoe, but the lack of exposure for the new shoe left retailers who had bought the shoe to put in stock with loads of inventory nobody was buying.

According to sources, Nike is not speaking to any retailers about reimbursement for the shoes that Tiger has failed to market. The vice president cited earlier says that his store used to order 700 to 800 of Tiger Woods' shoes to sell, but that now the store will "maybe" order 50 to 100 pairs.

To be fair, despite this precipitous drop, Tiger is still earning a ton of money from endorsements. Between June 2014 and June 2015 Tiger earned $50 million, the vast majority of which came from endorsements since he is not winning tournament prize money.

It seems that unless Tiger shapes up soon, Nike will have to focus on their next young star; Rory McIlroy. The 26-year-old, who has signed with Nike, doesn't have a signature line from Nike yet. But if Tiger continues to play this way, McIlroy may have to turn into the new face of Nike Golf.