Tiger Woods Net Worth Vs Phil Mickelson Net Worth: How Do Their Bank Accounts Compare?

Tiger Woods and Phil Mickelson are currently engaged in a head-to-head $9 million winner-take-all match at Shadow Creek Golf Course in Las Vegas. It's been hyped for months. As of this writing, they are dead even after 13 holes. I just turned it on. If you want to watch live, Bleacher Report actually just made it free to stream. It was originally $20 to tune in but Bleacher's pay-per-view functionality was failing so frequently that execs at parent company Turner decided to just make it free for all. And speaking of money, how do Tiger and Phil match up in the net worth department? How about career earnings?

This may not be totally shocking, but Tiger is quite a bit richer than Phil. As of this writing, Tiger's net worth is $360 million higher than Phil's:

During his career, Tiger has earned $1.7 billion before taxes and fees. Phil's career earnings are $800 million. Tiger's net worth would be much higher had he not paid ex-wife Elin around $200 million when they divorced.

At his peak, Tiger easily earned over $100 million a year, the vast majority of which came from sponsorships. For example, in 2007, 2008 and 2009 Tiger made $120+ million each year and around $100 million came from endorsements. After his controversies a few years ago, Tiger's endorsement money dropped in half. Between June 2017 and June 2018 he earned $44 million from salary and sponsorships.

Phil is no slouch in the endorsement department. He consistently earns around $50 million per year from salary and sponsorships. Between June 2017 and June 2018 he earned $40 million. 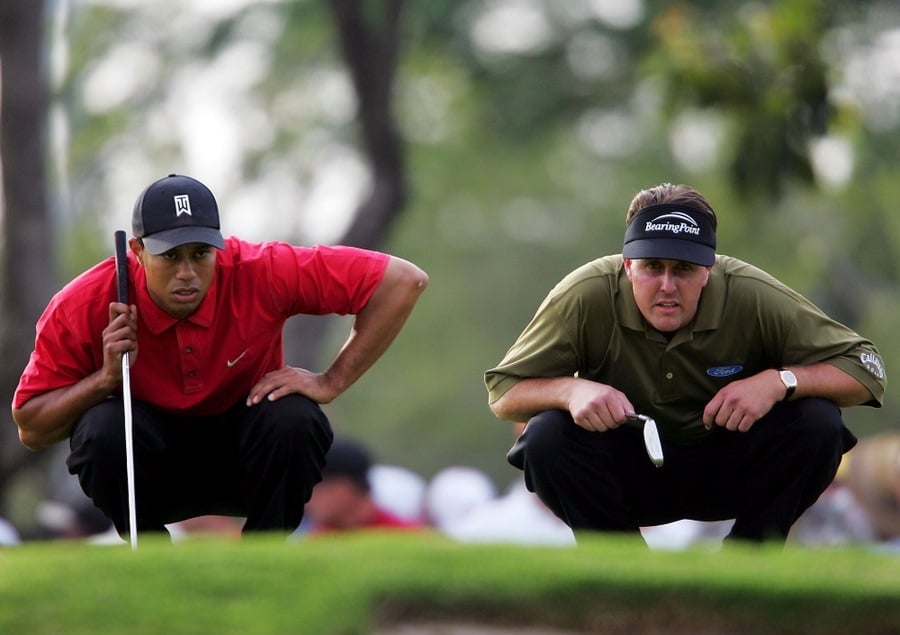 Matthew Stockman/Getty Images
Did we make a mistake?
Submit a correction suggestion and help us fix it!
Submit a Correction