A decade ago, it appeared there would be nothing that could keep Tiger Woods from setting a new record for the most majors won, but as it turns out, the same thing that stops everyone eventually has stopped him–time. Time eventually catches up with every athlete's body. What didn't hurt five years ago is suddenly knocking you out of the game today.

All you can hope for when that happens is that you have made your fortune. History will decide what his mark is, but his career earnings will decide his quality of life after the game is done with him.

For Tiger Woods, should golf be officially done with him anytime soon, his quality of life is going to be just fine. The former No.1 golfer in the world is no longer considered the best in the game, but many would love to make the kind of money he has over the course of his career. 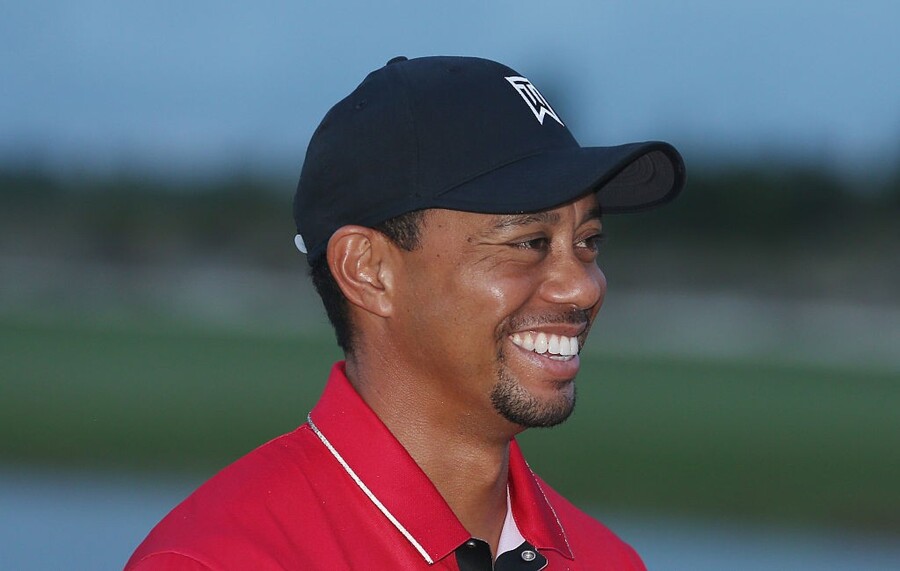 Of course, his worst years are of the variety that most professionals would die for. As a tour rookie, he did pretty good with a little over $12 million in endorsements ($13.1 million total).

When his infidelity scandal broke he took a pretty big hit all-around. His tournament winnings dropped from $21 million in 2009 to just $2.29 million in 2010. He still earned a pretty penny in endorsements with over $74 million in earnings in 2010, but he took a big hit from 2009 when he made almost $122 million.

Even though he is no longer the ace golfer he once was ($610K in tournament winnings in 2014 and $551K in 2015) and doesn't play nearly as often because of injuries he is still a marketable personality. However, since his return to the course after the scandal his endorsement earnings have dropped from $74 million in 2010 to $48.5 million in 2015. 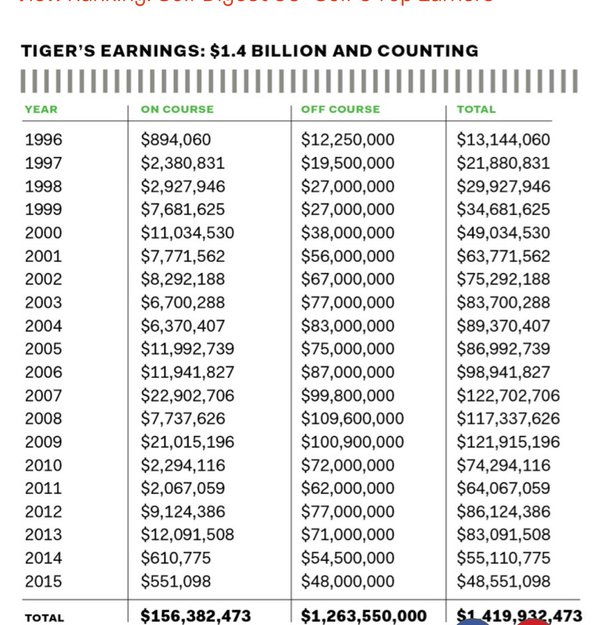 With young stars like Jordan Spieth emerging, unless he goes on a winning streak sometime soon, he will never make anywhere close to what he once did. In fact, with just $48.5 million in earnings last year, he fell from the top of golf's money list for the first time in 13 years.