This NFL Punter Turned Training Camp Boredom Into A Board Game

After a hot start, the Washington Redskins have seen their season turn into disappointment. Starting quarterback Alex Smith broke his leg in multiple places, then backup quarterback Colt McCoy also broke his leg. The team released safety D.J. Swearinger after he complained about the team's playcalling. The second half of the season has been, to put it nicely, a disaster.

But at least for punter Tress Way, there's something to look forward to in the offseason.

Way can continue developing his Way Fun Games company, which launched his board game What's Your Bid last summer. The company continues to sell copies of the game and recently sold out its inventory during the winter holiday shopping season.

The game is a combination of Family Feud, Trivial Pursuit, and spades. Two teams of at least two players each square off against each other. Every participant has to answer at least one question, and they have 30 seconds to decide how many chips they'll bid on a question. The first team to collect 30 chips wins. 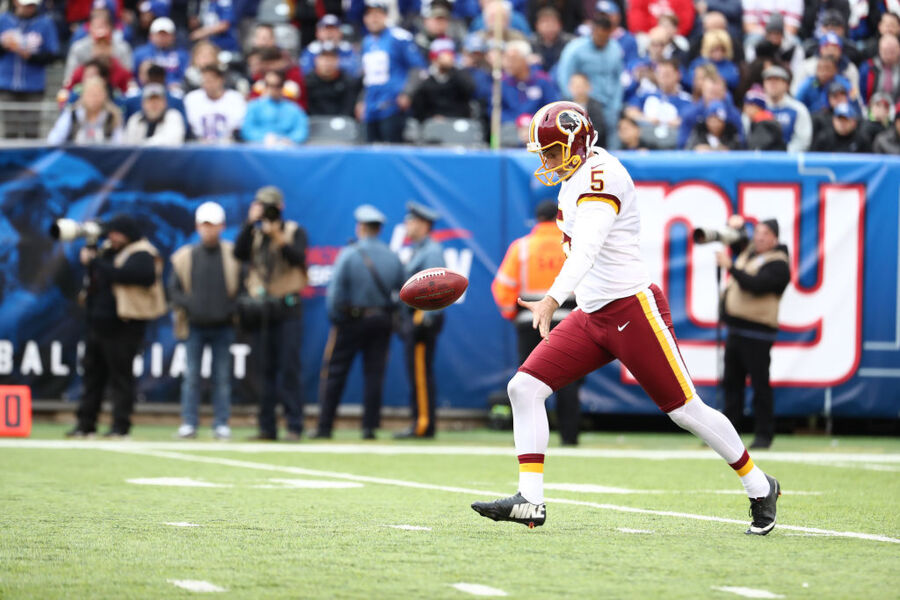 He asked his teammates and coaches if they thought they could name the top ten. No one got them all right, but a few only missed one or two.

Way kept finding inspiration in other places. He'd pass a street sign and do a quick online search for which colors all the different street signs are. That curiosity served him well in developing questions; his game has 500 in five different categories.

The punter teamed up with some friends to help launch his company, and learned there's a lot that goes into releasing a product. But he stuck through it, raising more than $30,000 via a Kickstarter campaign, enough to make an initial run of 1,000 games.

That stock quickly sold out, a sign that the game was as popular with larger audiences as it was in Washington's training camp.

Way will head into 2019 as a spectator during the playoffs. But that just gives him plenty of time to think of new ideas for his next board game.