Marques Colston has had a long, productive career as a receiver for the New Orleans Saints. Through his first 10 seasons in the league, he's racked up 711 catches, 9,759 yards and 72 touchdowns.

That productivity has helped Colston earn $45 million in salary for his career. But it's his off-field investments that really add to his wealth, especially when his playing days are over.

At the end of last year, Colston invested in Enerskin, a startup looking to make some noise in the compression apparel industry. That partnership includes an equity stake, endorsement deal, advisory board seat, and a sales and distribution relationship.

It's just one of many investments Colston has made during his career. He also has an equity stake and board seat/management position with the Arena Football League's Philadelphia Soul, sports combine testing tech company Sport Testing, Inc., sports performance facility D1 Sports, holistic wellness company Timeless Herbal Care, nutraceutical company VitaGenesis, angel network IBR Ventures, and a pair of healthy water companies, Watercura and Wat-Aah!, the latter of which is aimed at kids. 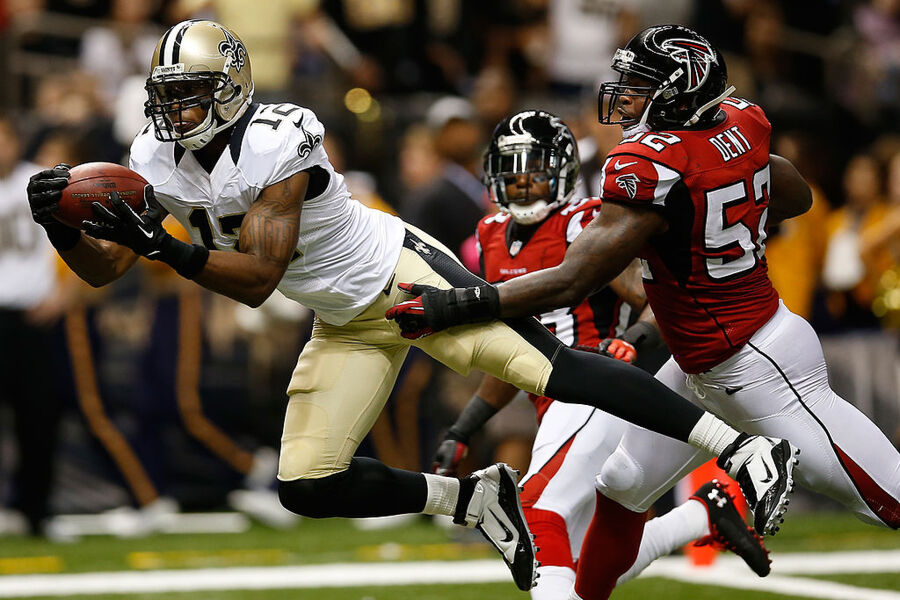 Colston chooses to invest in companies in the health and wellness and apparel industries, because of his familiarity in these areas: He has to spend less time doing his due diligence, and already has a background and a network within these fields. That allows him to serve as more of a strategic investor for the brand.

The receiver requires two factors to be present before investing: synergy and industry familiarity. A brand needs to fit in well with the other ventures in which he has invested, and having a wealth of knowledge makes him a more powerful ally for the company with which he works.

Colston, who turned 33 this off-season, began investing about six or seven years ago. He says he's used a lot of experience from his time in the league to apply to his business acumen, including personal branding and marketing, sports medicine and performance skills. He tries to get something out of each business venture and to capture new information about each an every business interaction.

He credits his advisors during his early playing days with his ability to understand such opportunities because they taught him to leverage the platform of being an NFL player while his earning potential was still at its peak. Particularly, as the money he makes via salary slows down, Colston's risk tolerance won't be nearly as great.

In addition to his investments, Colston does have a rich business background with plenty of practical experience. He served as owner-operator of the Harrisburg Stampede, a professional indoor football team. His duties included assisting with football operations and corporate sales. Colston has also gone back to school, taking classes as part of an Executive MBA program, which he'll finish after retiring from the NFL.

Even though he's past his prime, Colston probably isn't quite done investing. You can bet whomever pairs with him will be getting a dedicated partner willing to do what it takes to grow the company's brand.