Kermit Washington's basketball career was unpredictable. He averaged four points per game his senior year in high school, but at American University, he became one of just seven players in NCAA history to average 20 points and 20 rebounds for his entire career. In the NBA, he became an All-Star with the Portland Trailblazers and was twice named to the NBA All-Defensive Second Team.

Of course, what Washington is most remembered for, is a lot less positive. On December 9, 1977, while a member of the Los Angeles Lakers, he was involved in an altercation with Kevin Kunnert of the Houston Rockets. A fight started to break out, and that's when the Rockets' Rudy Tomjanovich came running over to intervene.

Washington, in full fight mode, thought Tomjanovich was coming to join the fracas, so he threw a roundhouse punch that hit Tomjanovich in the face. He dropped instantly, his face fractured just a third of an inch from his skull. The blow ended Tomjanovich's career and nearly killed him: Besides the face fracture, he had a broken jaw and nose, and was leaking blood and spinal fluid into his skull capsule.

Meanwhile, Washington still played for several seasons after that, but his reputation took a hit from which it never fully recovered. And now, he's involved in another scandal – a charity fraud scheme. 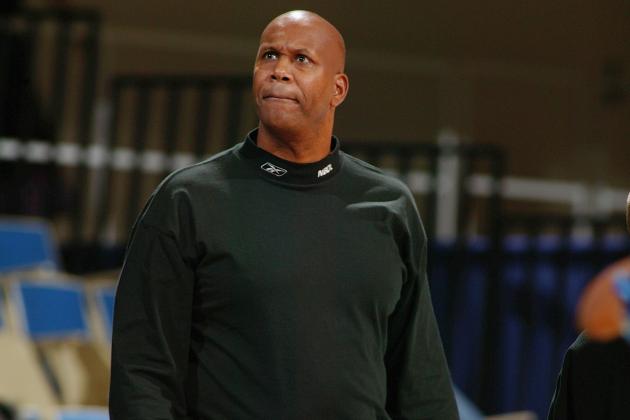 According to the Department of Justice, Washington, 64, worked with NFL Hall of Famer Ron Mix to take money for himself that was promised to go to Africa. Mix pled guilty to felony tax charges in May.

The indictment alleges that Washington founded and operated the Project Contact Africa (PCA) charity, and then used the charity to defraud donors, eBay, PayPal and the IRS. To entice people to donate, Washington promised 100 percent of the money raised would go to Africa. However, Washington diverted some of those donations to buy gifts and pay personal expenses, such as rent, vacations, entertainment and jewelry.

According to the indictment, Washington worked with Mix, a licensed California attorney who specializes in filing workers' compensation claims on behalf of former pro athletes. Washington referred clients to Mix, and in return, Mix made payments to PCA, claiming those amounts as charitable deductions on his own personal tax returns.

When Washington received those payments, he'd divert the funds to his own account. The former NBA player filed false individual tax returns from 2010 to 2013, failing to report the funds he rerouted from PCA, and falsified other tax forms on behalf of PCA.

Additionally, the indictment alleges, Washington falsely reported PCA's corporate minutes in order to obstruct the investigation. He used the identity of another individual to do so.

Washington is facing up to 40 years in prison and a fine of a million dollars if he's convicted. He's charged with "corruptly interfering with the internal revenue laws, conspiracy to commit wire fraud, obstruction of justice and aggravated identity theft." That would be a much harsher penalty than for Mix, who faces up to three years and a $250,000 fine for his part in the scheme. Mix's sentence could be reduced to probation, his attorney has said. So far, it looks like there's no such deal in the works for Washington.